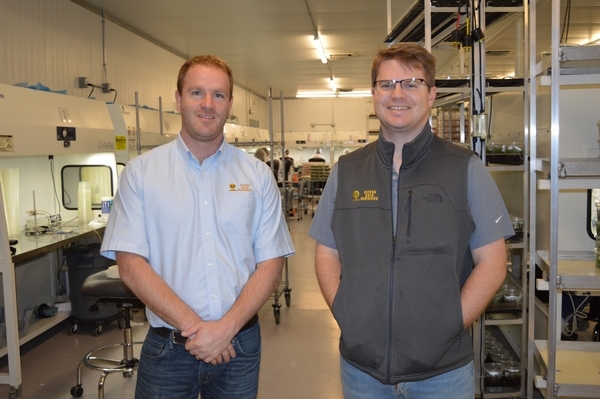 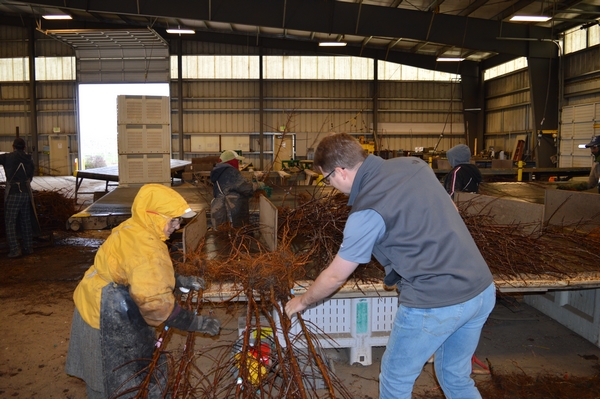 Field-grown apple trees ready to be shipped to a grower.

“The big benefit of container nursery is the ability to respond quicker to demand,” Burky mentioned. In the apple industry for instance, varieties change fast. “From one year to the next, one variety can become very popular or unpopular.” With field grown nursery, it takes about two years from rootstock (for some products like walnuts, it’s even three years) until digging the tree in the field and by that time, you may have missed a change in demand. With container nursery, this process is much shorter. “We try to anticipate what the big and popular varieties will be to respond to our customer’s demand,” he said.

Tissue culture lab
In addition to switching from field to containers, Sierra Gold Nurseries has also been able to shorten the time to grow rootstock by investing in its own rootstock facility and tissue culture lab. “We used to buy rootstock from external suppliers but couldn’t get what we wanted and were dependent on their availability,” said Burky. That’s when the company decided to build its own facility back in 2014. Since most rootstocks are hybrids, they can’t be grown by seeds and the only way to make rootstock is by cloning in a tissue culture lab. It is an efficient process as rootstock grows much faster than seed and one plant makes three or four plants in three weeks. However, a significant investment was required, and Sierra Gold Nurseries had to bring on people with different technical skills sets. Once in production, the new facility scaled up fast and has been at full capacity for the past three years. “We can now grow all rootstocks we want,” said Burky. 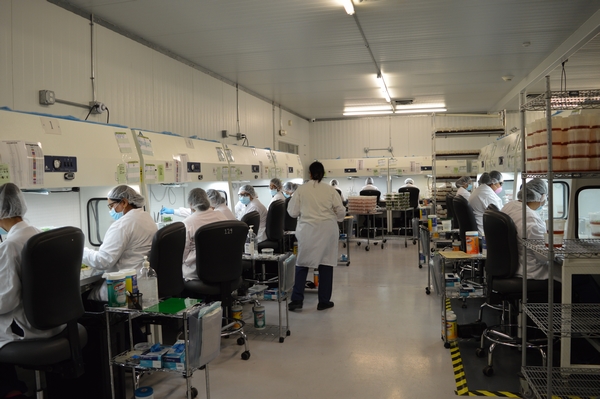 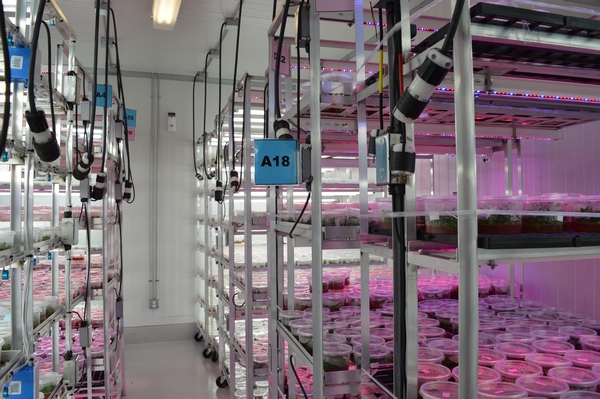 Acclimation
In the tissue culture lab, the plants grow in grow rooms, a controlled environment. Once they leave the grow room, the tissue culture plants need to acclimate four to five weeks in an environment with high humidity and a stable temperature. These conditions are being changed slowly to prepare the plants for outside conditions. From the acclimation area, the plants are taken out of media and put into trays that are placed under tunnels. At this point, the root formation process is being started and roots will gradually start to feed the plants. 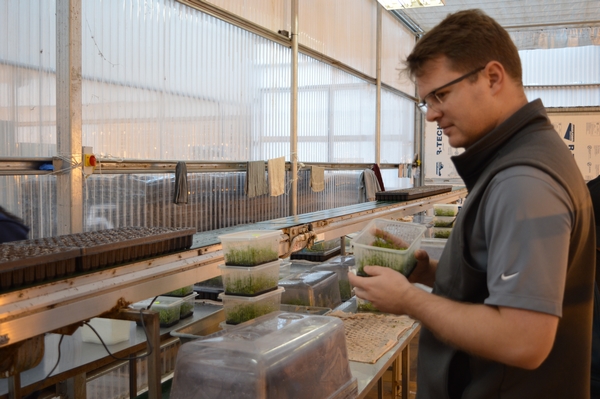 Tissue culture plants in the process of being moved from the grow room into small containers under tunnels. 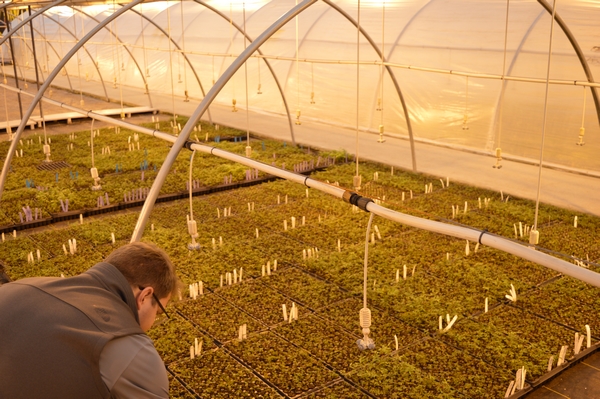 Pistachio rootstock in small containers under a tunnel.

Ellepot containers
From the tunnels, the plants are being transplanted to bigger containers. “For our trays and containers, we work with Ellepot for 100 percent,” said Burky. Sierra Gold used to buy the pots, but for the past couple years, the company has been making its own pots by using Ellepot’s equipment. “We tried all kinds of pots when we started the container nursery,” mentioned Burky. “However, Ellepot is a great system for automation and the company’s trays and pots are designed to enhance root pruning, which is key for keeping a uniform root structure. It helps all roots forming the right way." 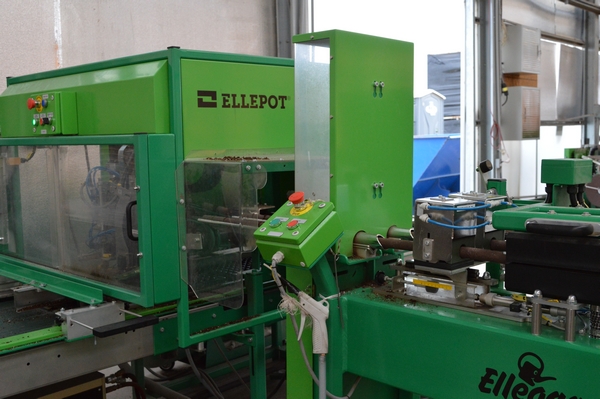 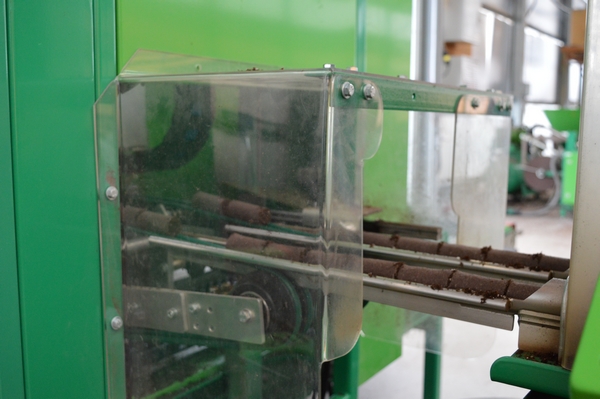 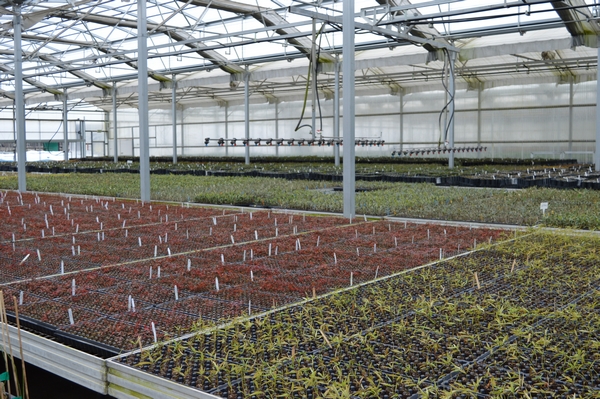 Rootstock in bigger containers and moved from the acclimation area to a greenhouse. 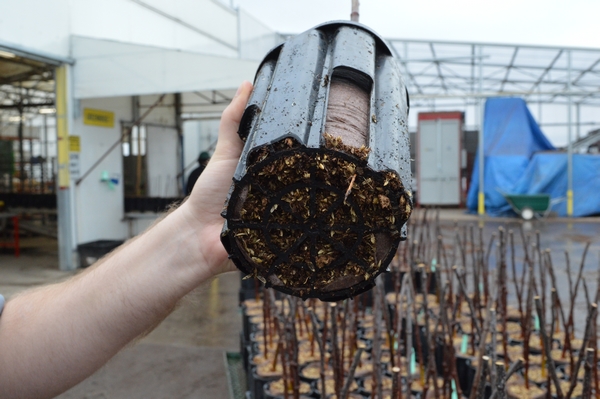 Design of the pot helps all roots grow the right way.

Vertical integration helps the company stand out from competitors. “As far as I know, we are the only orchard tree nursery in the US that has a tissue culture lab as well as a container nursery and field nursery,” Burky shared. “It allows us to grow high-quality rootstock and for a grower, that’s key. Rootstock is as important as the tree variety and our trees are often chosen over a competitor’s tree because we have certain rootstock.” Sierra Gold even mixes its own soil. “We buy raw materials and make different blends of soil for our different commodities. It helps with quality control,” finished Burky.