Organic producers have good reasons to be happy, according to the data collected in the Annual Report of Organic Production in Spain from Ecovalia, the leading national association for professionals in the organic sector.

In terms of market volume, the organic sector has overcome the 40,000 million Euro in Europe, and Spain, with 1,903 million, ranks seventh, only behind Germany, France, Italy, Switzerland, the United Kingdom and Sweden. 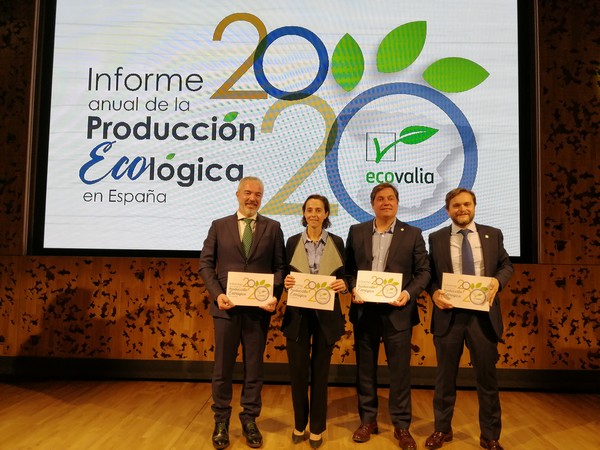 The acreage devoted to organic farming in the world already exceeds 71 ​​million hectares. In this regard, Spain continues to rank fourth, only behind Australia, Argentina and China. It consequently ranks first in Europe, ahead of France and Italy. It is worth noting that in Spain, almost 10% (9.7%) of its useful agricultural acreage is organic. The country also remains one of the top ten markets for organic products in the world.

Álvaro Barrera, president of Ecovalia, said that the organic sector "continues growing unstoppably. In 2018, there was an increase in the market volume worldwide, which reached 97,000 million Euro. We have grown by 19.9% ​​in terms of acreage, exceeding the 70 million hectares worldwide."

The statistics have been compiled from data published by FIBL and IFOAM in Biofach 2020, as well as from data advanced by the Spanish Ministry of Agriculture.