At Seald Sweet in Vero Beach, Fl., GT Parris notes that the winter has been mild and Seald Sweet isn’t overly concerned with warmer temperatures. “For citrus we like to see chillier nights—say in the 50 degree range—because the higher temperatures help the citrus’ colors and sugars,” says Parris. “We haven’t had a lot of cool nights.”

For now, Seald Sweet is watching to see how the temperatures have affected the fruit. “It’s a little warm for this time of year and this matures the fruit,” says Parris. “You’ll see the trees mature faster and anything you have left on the trees such as tangerines, it’ll speed up the process a bit. It’s nothing to panic about.”

If temperatures do hit record heat faster (and again), Parris says it may try and pick a little more fruit to avoid fruit drop but only if the market can handle the extra volume. 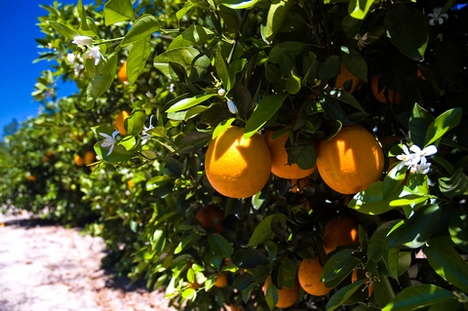 Multiple factors
At East Coast Farms & Vegetables in Lake Worth, Fl., Neil Mazal notes that the warmer temperatures have accelerated some South Florida crops but other factors are impacting availability and grade. “Warm temperatures are causing fruit and citrus trees to bloom early attracting bees to pollinate those trees and abandoning pepper and squash crops,” says Mazal. “The warm dry weather is requiring growers to increase irrigation.” He adds that the heat also stressed some crops causing loss of canopy cover in pepper plants and wilting in squash plants. “Winter plantings usually use black plastic ground cover and this plastic holds the heat from sunlight and adds heat units to the soil as opposed to the white plastic used during spring planting,” he adds.

In turn, he is expecting very strong markets for Florida crops. Although this may have to do more with what’s happening in other markets—particularly Mexico where rain and weather has been affecting a number of crops. “The reality is that the winter vegetable deal is driven by Mexican production and that growing area has been devastated by adverse weather events,” says Mazal. “Some commodities are trading at elevated levels such as cucumbers and red and yellow peppers. But those price points are being driven by other factors--the red and yellow pepper market’s pricing is partially caused by Mexican growers picking colored peppers green to take advantage of high green price points,” he says.

Meanwhile the cucumber market is partially driven by lower volume from Honduras behind poor returns over the last few years causing growers to plant less acreage as well as the loss of Mexican production. Mazal also adds that there’s a short-lived drop in the zucchini markets due to both warm weather and lack of demand. “But as the growers get through this “flush” the market will rebound,” he adds. “Yellow squash continues to be higher in price partially due to lack of Mexican production.”