Australian consumers will soon be able to get their hands on an exciting new apple brand, with Yello® set to hit the shelves this Easter.

Montague has secured an agreement to grow, pack and market the yellow-skinned apple, also known as The Shinano Gold apple, with just over 100,000 kilograms available nationwide to all Australian retailers this year.

"Yello® is a unique addition to the Australian apple range," General Manager Business Development, Rowan Little said. "Very few full apples have been added to the Australian market in recent years, which have been dominated by red apples. It’s not a cheap apple but will appeal to the discerning consumer looking for something unique." 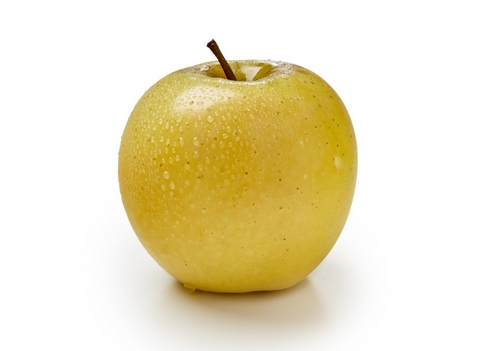 About nine years ago Montague started working with the VOG and VIP consortia to do some testing on a number of varieties. VOG and VIP had already been testing for a while and the Australian-based company decided to participate in testing, planting the first Yello® trees in September 2011.

It was launched in the Italian market in November 2016, and Montague is confident of achieving as much success in Australia.

"We chose Yello® because of its amazing flavour and we also really liked the cosmetics of how the apple looked," Mr Little said. "Known for its golden yellow skin, Yello® features a complex, sweet flavour that is genetically very large in comparison to other apples that will entice consumers everywhere. Montague believes Yello® has the potential to add further diversity in terms of colour and flavour to the Australian apple market." 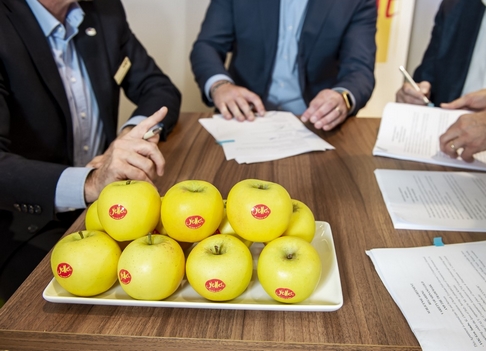 All fruit is grown in southern Victoria on Montague's orchards and with other some other growers. Mr Little says as the apple does not need intense heat, a cooler climate is required.

"We are happy to talk to growers who have the right experience and may be interested in growing Yello®," he said. "Currently we have 8,600 trees over 3 hectares grown and plan to increase that to 25 hectares over the next 5 years with the scope to potentially go to 50 hectares."

Last season the company conducted some consumer testing, and fruit was made available to a very small number of customers to assess the reaction of the consumers to the apples. This included tastings of Yello® at the Good Food and Wine show in Melbourne, Sydney and Brisbane, which received really positive feedback, and a special lunch with food writers so that they could taste Yello®.

"The biggest lesson we learnt is the apple is very delicate and susceptible to bruising and needs to be handled very carefully throughout the supply chain," Mr Little said. "It’s also very difficult to thin, so needs to be done by hand. To get the amazing flavour Yello® needs to be left on the tree for longer to have full colour with no green colouring." 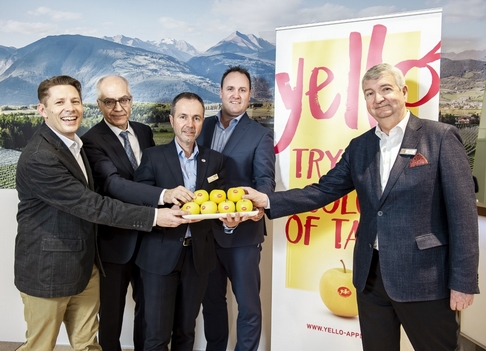 In further explaining the apple's characteristics, Montague highlighted a review of the apple from Richard Cornish from The Age newspaper (8 May 2018) describing Yello® as: "It is one of the most beautiful apples I have ever seen. Fat, round and heavy, it sits on the table like a golden orb. It has an enticing perfumed aroma, like old-fashioned roses and fresh grass. A single bite reveals an incredibly crisp interior with cream-coloured flesh and a flavour reminiscent of cooked apple and summer blossom".