Total Canadian Potato Storage Holdings on February 1 are slightly above the 3-year average at 60.6 million hundred weight. British Columbia, Manitoba, and New Brunswick report decreases of stocks on hand below their 3-yr. average. 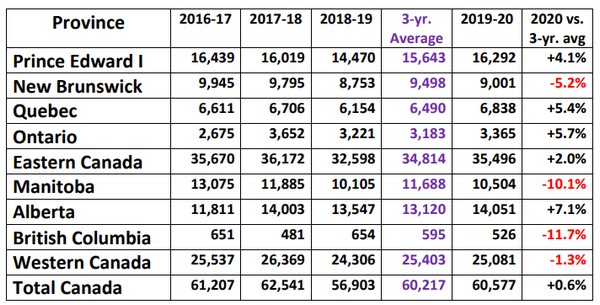 Provinces with more potatoes in storage than their 3-yr. average include, Alberta, Ontario, Quebec, and Prince Edward Island. Strong movement has decreased holdings in New Brunswick and British Columbia. 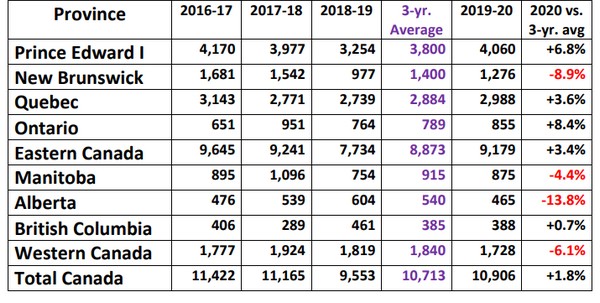 Processed holdings
Similar to last month, Processing Holdings on February 1 are down 0.6% below the 3-yr. average at 39.7 million hundred weight. Manitoba has the most significant decrease in available supply at 10.5% below their 3-yr. average, followed by New Brunswick at -3.2%.