While availability of Pacific Northwest winter pears such as Bosc and Anjou remains consistent for now, packing will begin to slow as the spring months approach.

“Due to their seasonality, Northwest pears, which are heavy to Bosc and Anjou, are known for being more readily available in winter months,” says Kaci Komstadius of Sage Fruit Co. based in Yakima, WA. “Their storage capabilities and volume are not quite the same as what we see in apples. Therefore, the domestic pear season will come to an end much sooner than the domestic apple season. However, Southern Hemisphere pears, such as Williams, Packham and Chilean Bosc, will make their way to the U.S. market beginning April/May to supplement the demand for pears during the late-spring and early-summer.” 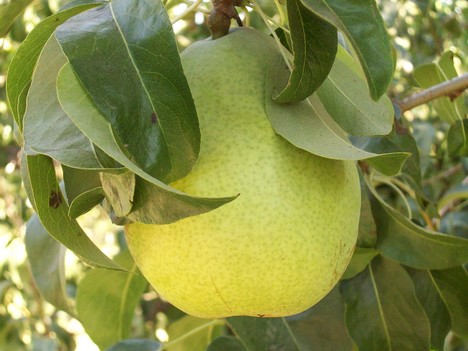 Limited expansion of pear volume
Overall, pear volume out of the Pacific Northwest has stayed relatively stable with regards to volume in recent years. “Currently, new pear plantings in Washington and Oregon remain limited. One of the reasons for this is the length of time from a tree being planted until it produces commercial volume,” Komstadius says. “This process can take up to seven years, which means growers sustain an extended time period before they see a return on their investment.”

At the same time though, pear demand and consumption have remained in line with current availability. “Our goal is always to increase consumption and consumer awareness of pears, which would then lead to increased production. To accomplish that, we need to generate excitement around the category,” says Komstadius. “We find that it’s beneficial if pear displays provide informational material that helps consumers know what to look for in their purchases. Information such as how to select and store pears, or the health benefits they provide catches the most attention,” says Komstadius.

All that said, there is a bright spot within the category. “Like most commodities, the demand for organic pears has continued to increase. Because of that, we have actively transitioned a portion of our conventional orchards to organic. Approximately 15 percent of our total pear crop is now certified organic,” adds Komstadius.