There is room for growth on the organic citrus market

The organic citrus market is in full swing. Besides the superpower in this market, Spain, importers are now finding their way only too well to countries such as Greece, Italy, and South Africa. 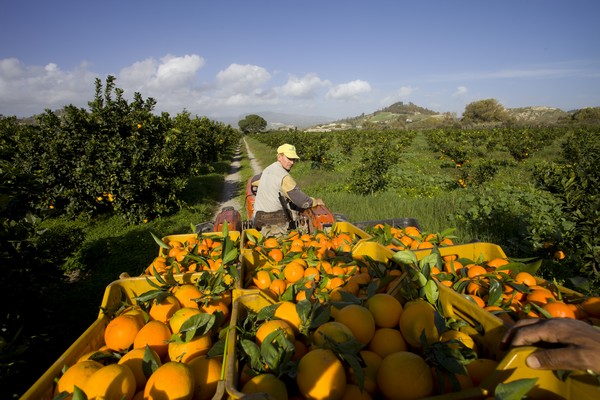 “We specifically chose Italy for the import of our organic citrus,” says Martin Pietersma from Agrofair. This company, based in Barendrecht, the Netherlands, imports, among other products, organic blood oranges from Sicily. “There are, naturally, other countries besides Italy where this product is available, such as Greece and, of course, Spain."

"We have two reasons for choosing Italy. The first is purely practical - we have a subsidiary in Italy, and we know our way around there well. We have many contacts, with Italian clients as well. This made the connection easier. We have a second reason why we chose Italy."

"In doing so, we distinguish ourselves on the market, with regard to Spain. The cultivation methods in Italy are more authentic and, so, the products flavor and quality are, according to us, just that much better than with Spanish products. This certainly had bearing on our choice of the Tarocco variety,” adds Martin. 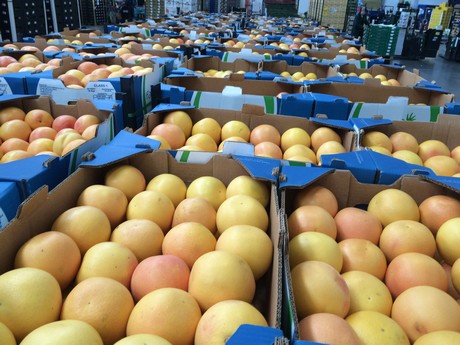 Availability
Where possible, importers like to get their organic citrus from ‘nearby’ countries. For some products, they are, however, dependent on distant destinations. For this reason, the Dutch company, Fairtrasa, imports, for example, its organic limes from Mexico and Brazil. “These countries have the most organic limes available,” explains Fairtrasa’s Leon Hijwege. “That is also why we import organic grapefruits, lemons, and oranges from another popular citrus country - South Africa. After the end of the South African season, we source our organic grapefruit from Mexico.” 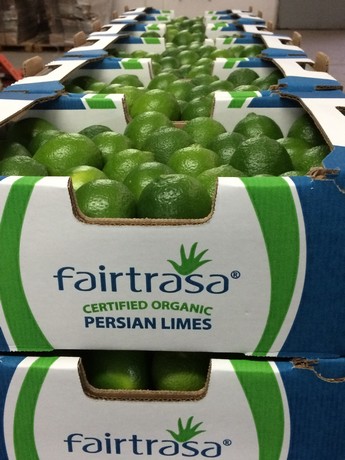 Another Dutch company, Eosta, imports a wide variety of citrus, with the emphasis on lemons, oranges, grapefruit, mandarins/clementines, sweeties, pomelos, and citrus caviar, also known as finger limes. “We are expanding our expertise,” says Anthony Rijnbeek of Eosta. “For example, we have been importing other ‘citrus exotics’ such as yuzu, kaffir lime, buddha hands, and sudachi for two years now.”

Their organic citrus comes from all over the world. “Included in the overseas destinations are South Africa, Chile, and Mexico. When it comes to Mediterranean areas, our citrus originates in Spain, Italy, Greece, Turkey, Israel, Egypt, and Morocco.”

Conversion projects
“There is, of course, a lot of availability from Spain, Italy, Greece, Israel, Egypt, and South Africa. But the organic market keeps growing, and there is an increasing general public awareness of it. We are, therefore, seeing more and more conversion projects in other countries too. I think that in the coming years, this will only happen more and more. We must, therefore, remain broadly orientated. We must keep a close eye on what is happening globally. In any event, I am convinced there is ample room for further expansion.”

Harder level
Cultivating organic fruit can be described as ‘challenging’. In the importers’ opinion, is the procurement of organic citrus just as difficult? According to Leon, with importing, the challenge lies primarily with the products’ quality. “Organic limes, for example, are not allowed to be treated. That means they are sometimes lighter in color than their conventional counterparts."

"That makes things a little more difficult. Also, when it rains a lot, or in certain seasons, the fruit’s color can be an issue. Weather conditions, of course, have a significant effect on conventional products too. The strict demands on organic citrus, however, take things to a more difficult level.” 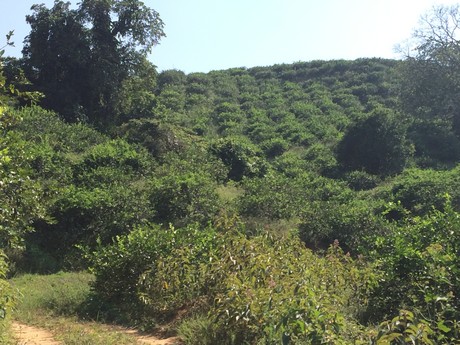 “With organic citrus, you, indeed, have to deal with strict rules regarding pesticides and, visually, the products often deviate a little,” agrees Martin. “I think that is why we have not yet seen the true breakthrough of organic versus conventional. Organic products’ taste makes up for a lot, but in a country like the Netherlands, it must also look perfect. Besides the challenge of farming, that makes marketing organic goods more difficult. The trick, after all, to bring the entire chain into line. The correct contacts make this that much easier.”

A windfall
Looking back on prices, Anthony’s general conclusion is that there was an exceptionally good crop in the Mediterranean countries. “This flooded the market with fruit. There was an ample supply of both organic and conventional products, which, naturally, put pressure on the prices. There is an ever-growing demand is some periods, which means there is still a shortage of, especially overseas, organic citrus then. That causes prices to rise. When the price for conventional citrus is lower, it affects the pressure on the organic prices too.”

Fairtrasa is satisfied with the past year’s prices. “The past year was good,” says Leon. “There was a little less product available this summer than the year before. The prices were, therefore, slightly higher than expected, so that was a windfall.”

“We had a better season than last year, with more stable prices,” reflects Martin. “The weather was worse last year, so there was less product available. That meant we had to deal with a shorter season. Fortunately, we are not plagued by this now, and we can count on a more constant supply, with stable prices.” 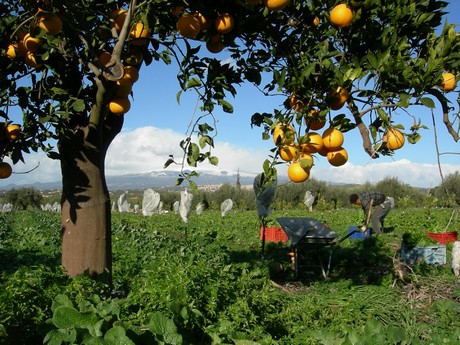 Any new markets?
As the organic citrus sector grows, all kinds of other ‘light varieties’, such as untreated citrus, are cropping up. The importers are, however, not perturbed by this potential market. “We only do organic, so we do not deal with this kind of semi-variety,” is Anthony’s reaction. “I do, however, think people are becoming more health-conscious and that this stimulates the demand for residue-free products."

"Such a grapefruit slice in your gin and tonic, after all, makes it taste just that much better if you know, for sure, that no toxic substances are being released into your drink. Studies may show that this is not harmful, but it is not a pleasant idea. Let alone when you are grating lemon peel onto your pasta."

"I only encourage these intermediate varieties. Less is, after all, better, although it is not yet where I want to see it. I think this trend will strengthen the organic trend in the end because it increases awareness among the consumer,” Anthony says.

Leon does not see any specific demand for this kind of citrus. “The organic citrus market is still in full swing. We sell a lot to the ‘organic classics’ of Scandinavia, Germany, and France. I do, however, see an increasing demand from Spain, but that is still developing. In other words, it is not yet crazy.”

“As far as I am concerned, these in-between varieties miss the mark,” is Martin's short-and-sweet summary. “You would do better to focus entirely on a good, conventional product. Or, rather choose organic, including all the organic standards. I do recognize the rise in Demeter products."

"All these developments show that the fruit and vegetables remains a dynamic sector, where much is happening, and that is certainly not stagnant. The Netherlands has a good role in this. However, if we want to retain our position and nature, we must prepare well for the future and see where the opportunities present themselves.”