"We are limiting the asparagus production to ensure it remains profitable"

The green asparagus harvest has already started in Granada, where a good production is expected, although more limited by the sector this year.

"At the moment, the volume available is very limited and prices are at quite profitable levels. The weather has been quite good for asparagus growth," says Indalecio Cáceres, president of the San Isidro de Loja cooperative, which started the harvest on Monday, February 10. 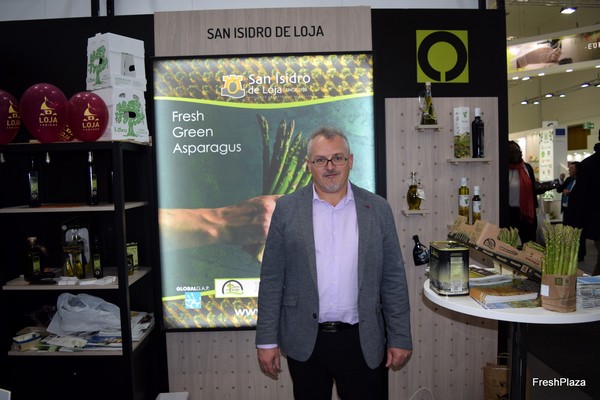 Indalecio Cáceres, at the stand of San Isidro de Loja, which participated as an exhibitor at Fruit Logistica.

The entity, which closed last year's campaign with more than 3.2 million kilos of green asparagus marketed, has around 900 hectares devoted to the crop. "Just like other Granada-based companies, we are limiting the area planted with green asparagus. Two years ago, we had such a large production that we did not have enough handling capacity, while last year the challenge was to sell all the production at acceptable prices. We believe that we should not expand further if we want to maintain profitable prices for our producers." 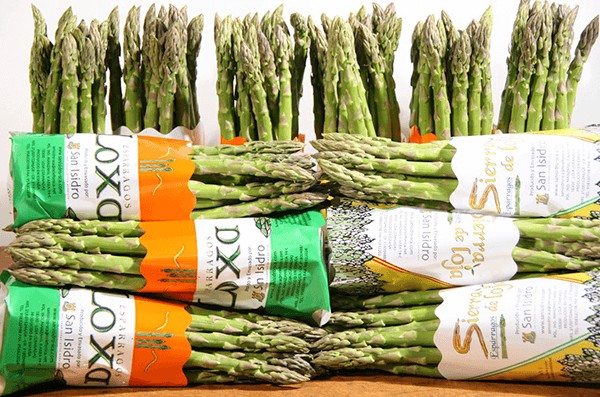 According to the president of this cooperative, Peruvian and Mexican asparagus are currently available in the European markets, but as the supply of the Spanish production increases, it will attract more demand in Europe. However, he also recalled that "Peruvian and Mexican asparagus stay increasingly longer on the shelves of European supermarkets and are already available almost all year round." 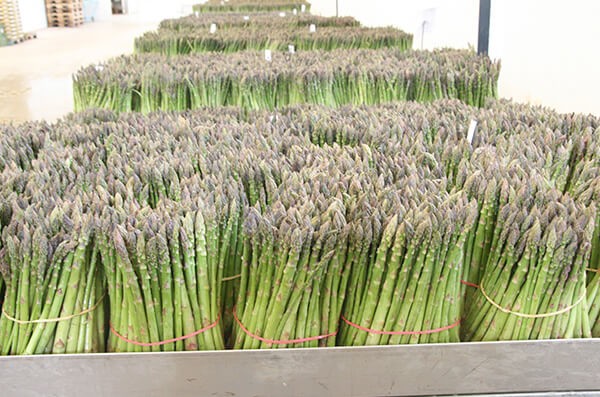 Spanish green asparagus producers will aim to sell the largest volume possible in the weeks prior to the start of spring, as that is the period when the highest prices are obtained. "After Easter, a significant volume usually arrives from other European countries such as Italy or Germany, pushing asparagus prices down. These will then not recover until the end of the campaign," said Indalecio Cáceres.