The new Free Trade Agreement (FTA) with Indonesia will provide an incentive for growers to export additional citrus, according to the peak industry body.

Citrus Australia CEO Nathan Hancock has welcomed the ratification of the Australian-Indonesian Free Trade Agreement, saying it will support current efforts to develop a new market for Australian growers.

“The FTA has strengthened the diplomatic relationship between the two countries, which will increase business certainty,” Mr Hancock said. “Any international market that imports 10,000 tonnes of Australian fruit is significant and these tariffs will help us meet that goal.” 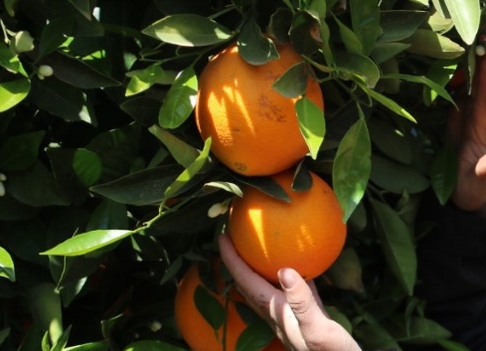 Australia exported 7705 tonnes of mandarins and oranges in 2019, and Citrus Australia thanked the Department of Foreign Affairs and Trade for their work over the past 8 years to secure this agreement.

The National Farmers’ Federation is also extremely pleased to see this agreement finalised, and President Fiona Simson says the importance of the Indonesian market could not be overstated.

"Food consumption in Indonesia is predicted to have quadrupled by 2050," Ms Simson said. "This agreement provides cattle, beef, grains, sheep meat, dairy, sugar, horticulture and a range of other commodities with significant new export opportunities. As an industry which derives 70 per cent of its earnings from exports, ambitious free trade agreements like IA-CEPA are absolutely key to the strength of our sector."

She added that one of the key goals of the NFF’s 2030 Roadmap is the blueprint for growing the industry to $100 billion over the next 10 years, including lowering the average tariff faced by agricultural exports to 5 per cent.

“The deal with Indonesia puts us one step closer to achieving this goal," Ms Simson said. "With many Australian farmers are doing it tough at the moment, this deal provides a welcome morale boost.”

Australia's Minister for Trade, Tourism and Investment, Simon Birmingham told ABC Radio that the government that Indonesia had become a less attractive place to do business, due to trade barriers and the incentives offered by other markets under separate FTAs.

"We're already undertaking a range of actions through Austrade and the other agencies of government to make sure that when this agreement does enter into force there's plenty of support given to Australian businesses to understand the Indonesian market, to be able to take advantage of it," he said, in the interview. "Also, to make sure that Indonesian business opportunities for investment are there. Growth rates that are currently in excess of 5 per cent, and its plans to drive that even higher, plus its booming middle-class population, means that the demand for consumer goods will only grow."