Strawberry farmers may soon have the option to 'employ' a robot that uses ultraviolet light to kill certain kinds of fungus and mold. It is under development at the University of Florida’s Gulfcoast Research and Education Center in Wimauma.

“It will know where to go, what speed, and what does to apply,” Rodrigo Onofre, a Ph.D. student working on the robot, told FOX 13.

The slower the robot is programmed to move, the higher the more UV light the plants will get. Since many of the germs that attack strawberries have developed a resistance to UV in daylight, the robot would work at night. 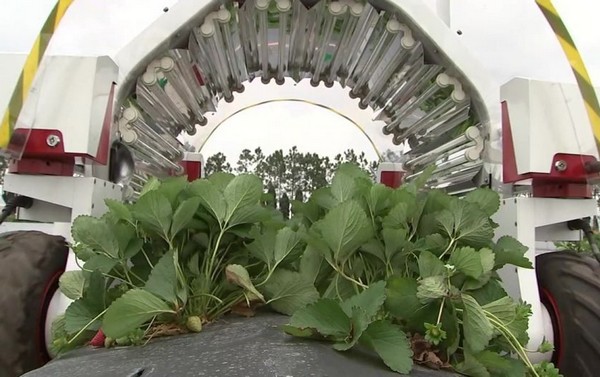 “At night, that mechanism is shut down,” said Dr. Natalia Peres. “So basically you’re hitting them when they’re napping." Dr. Peres is the lead researcher on the project. She said growers might fire up the robot a few times a week.

Peres explained that it’s not a silver bullet. It does not kill every mold or fungus, but it could be used very effectively against many threats impacting strawberries and other crops as well. However, it may be several years before it is ever used commercially.