In the wake of 2019 results showing record growth in fruit exports, representatives of the Chilean agro-industry will be present in force at the Fruit Logistica and BioFach international trade fairs being held in Germany in February. Accompanied by the government agency for promoting exports, ProChile, the Chilean companies will be taking full advantage of the two key events to take stock of the year that has just ended and explore their growth prospects for 2020.

The main producer in the southern hemisphere and world leader in products such as cherries, plums and blueberries, Chile is also a major player in the worldwide fruit and vegetable industry. In 2019, the fruit-growing sector achieved record exports, representing over 5,878 million dollars and producing an increase of 3.6% compared to 2018. A result that reflects ProChile's strategy of expanding into new markets which has led to a significant increase in the number of export destinations, up from 78 markets in 2003 to 129 in 2019. 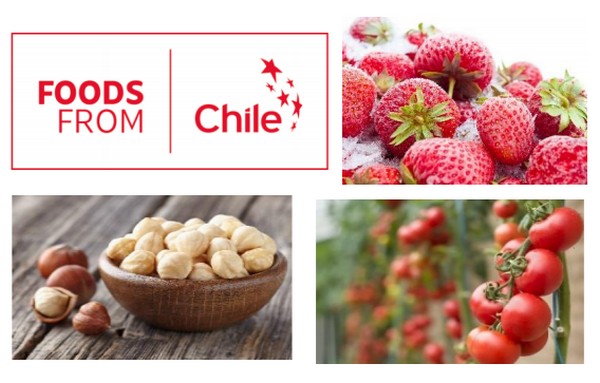 Organic produce continues to find success on international markets
After achieving record-breaking numbers in 2018, and despite a slight contraction of 4.6% between January and November 2019, organic food has established itself as one of the drivers of growth in Chilean food exports. The organic sector saw an average annual growth rate of 7.2% between 2012 and 2018, while during the same period food exports in general experienced average annual growth of 4.6%.

From January to November 2019, certified organic fresh fruit led the field as the main export sector, worth over 113 million dollars (44.7% share), followed by processed products from the agro-industry (35.8%) and bottled wine (15%).