South Africa’s power cuts: “A lot of people are losing a lot of sleep” 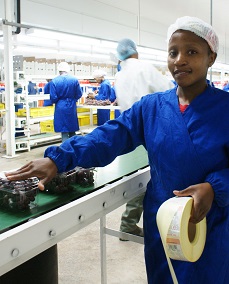 At South African fruit packhouses the flow of fruit hasn’t been significantly affected by the country’s electricity woes, but it is taking a tremendous amount of effort and extra capital from industry to keep the balls in the air.

Since the end of January scheduled power cuts, called loadshedding, have increased in intensity after a lull over the holidays.

The country is in stage 2 loadshedding, meaning six power outages over a four day-period, cuts of two hours at a time. In many places not a day goes by without at least one, but often two power cuts.

Generators pick up the slack, adding thousands of Rands every day in diesel to the running costs of packhouses, coldrooms, warehouses and nurseries. A Western Cape cold store manager reckons diesel costs push up their 24 hour refrigeration costs by 300%.

At least Eskom, the single national electricity provider, generally keeps to its schedule, allowing producers to plan around the power cuts but still, “it’s a mess”, says a banana packhouse manager. “It’s a nightmare,” adds an apple packhouse manager.

And on top of power cuts, electricity tariffs have been increasing faster than inflation over the past decade and electricity bills calculated according to the elevated ampere/peak levels caused by the increased electricity usage of compressors repeatedly starting up.

Eskom’s CEO, André de Ruyter, admits that South Africans can’t currently count on the company. "We don't take the decision to implement load shedding lightly, but the reality is that our generating infrastructure is constrained and unreliable." The company is yet another casualty of state capture during the reign of former president Jacob Zuma (for whom a warrant of arrest has just been issued) and sits with R450 billion (23 billion euros) in debt.

Power cuts cause chaos to irrigation schedules
“The impact of power cuts is enormous,” says a grape packhouse manager in the Western Cape. “It’s just causing chaos. We have two generators, one for the packhouse and one for the coolrooms, so the flow of packing hasn’t been affected. But,” he points out, “all of our irrigation in our citrus orchards and the vineyards is automatic, so when the power goes off, everything comes to a standstill. If it happens in the middle of the night we don’t know where the cycle was disrupted, how much water was already given or where we were with the fertigation schedules. Some of our orchards are in this way not getting the irrigation and fertigation it should. It’s very unsatisfactory.”

It is impractically expensive to furnish every irrigation pump on a farm with an electricity generator, and in this way producers are falling behind with irrigation schedules and farm managers get very little sleep, getting up at all hours of the night to make sure generators have come on and functions are resumed. 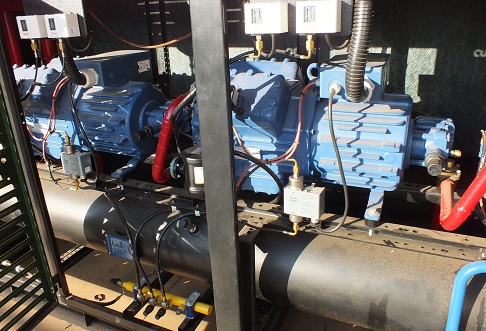 A major problem is that freon, a refrigeration gas, turns liquid when left in the system, and in a liquid state (called ‘liquid slug’) it damages compressors when refrigeration equipment starts up again. A compressor can cost from R50,000 (2,600 euros) to R100,000 (5,200 euros).

“A lot of people are losing a lot of sleep,” notes a refrigeration specialist. “Compressors are going. When the power comes back at 3 o’clock in the morning, you’ve got to be there to make sure everything continues smoothly.”

The programming of electric doors in cold rooms, for instance, goes out, frozen wherever it was in the cycle, necessitating coldroom staff to continually check and restart programming. 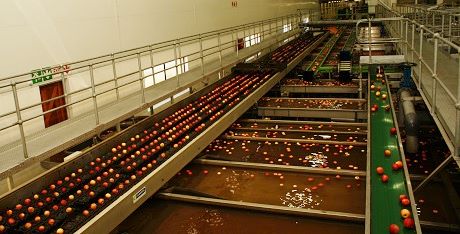 Electricity usage rises due to power cuts
A fruit packhouse manager in Mpumalanga tells FreshPlaza they find they are, ironically, using more electricity than before because of the increased power needs of compressors that are switched off and on instead of steadily running. “Of course we’re looking at more options to be less reliant on Eskom,” he says. “But the costs of solar power generation are enormous and it’s difficult when your profit margins are under pressure.”

Productivity in the packhouse goes down when lights go off, he says, packers can’t continue but they are paid by the hour, compounded by the amount of time it takes to get going again after a power cut.

A packhouse manager at a company with subtropical fruit interests in both South Africa and Mozambique notes that currently electricity at their Mozambican facilities is more stable than in South Africa.

In the grape packhouse, the manager says: “The day we don’t have to get our power from Eskom will be a day of rejoicing for us.”