The EU once again recorded an increase in the monthly export value of agri-food products in November 2019. The value of exports rose by 7.3% from November 2018, hitting €13.43 billion. The value of imports, however, decreased to €9.78 billion (a fall of 5.7% from last year). As a result of these developments, there was an increase of €3.65 billion in the monthly agri-food trade surplus, which comes as one of the main findings of the monthly trade report for November 2019, published today by the European Commission. 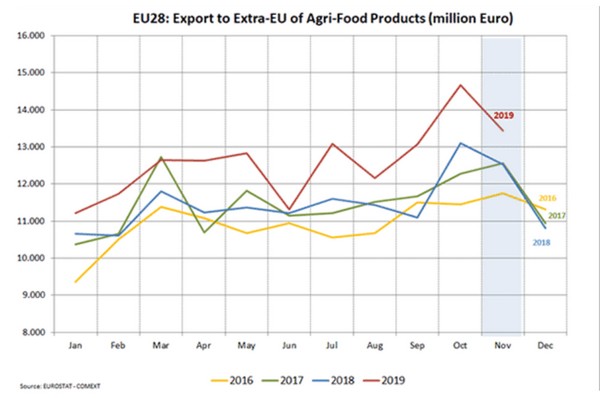