Mercabarna presents the largest bio market in Europe -
Biomarket - the first wholesale market for organic products in Spain.
Mercabarna and the Association of Fruit and Vegetable Wholesalers of Barcelona and Province (AGEM) are participating together, once again, in Fruit Logistica, the most important fruit and vegetable fair in the world which will be held in Berlin.

One of the objectives of participating in this fair is to present the Biomarket, the first wholesale market for organic fresh products in Spain, which Mercabarna plans to open in June. With 8,900 m² built, 22 wholesale outlets, and 8 spaces for local producers, this organic food market will become the largest in Europe. 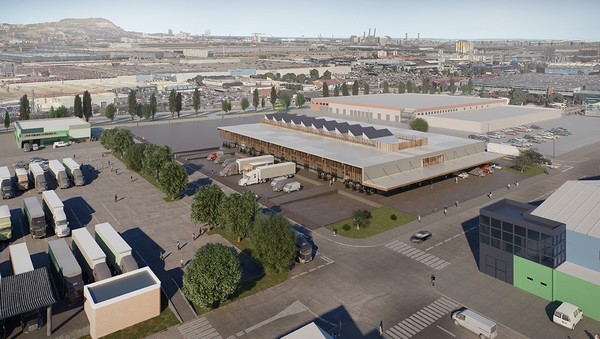 Render of the future Biomarket

Mercabarna and AGEM also want to continue promoting the positioning of the food facility as the main platform for import and export of fruits and vegetables in Europe. The Mercabarna Fruit and Vegetable sector, which sold 2,108,000 tons in 2019, i.e. 4.6% more than 2018, continues to be among the most important in the continent. Along these lines, within Fruit Logistica, Mercabarna and AGEM will hold more than 50 B2B meetings at their stand to strengthen commercial relations between Mercabarna companies and importers from all over Europe. 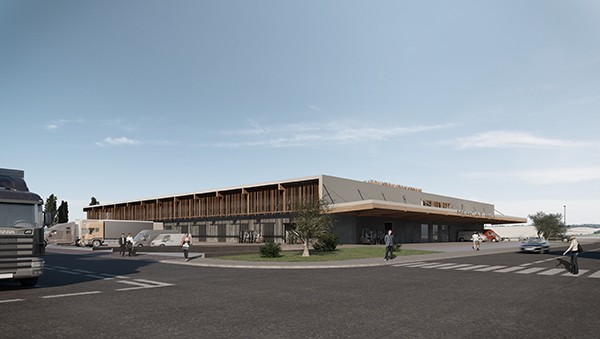 Image of the future Biomarket

Mercabarna and AGEM's location in Fruit Logistica: Hall 10.2 - Stand B-0.