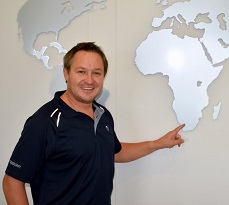 Modderdrift is first and foremost a farming business that exports most of their own grapes. Jacques Beukes (right), who manages the marketing side while his brother Eugene takes care of production, says that farming is in their blood, ever since their great-grandfather planted the first apple trees in Grabouw in the early twentieth century.

His grandfather was South Africa’s largest table grape farmer in the 1970s until a devastating hailstorm nearly brought everything down – but his father rebuilt it and 14 years ago Jacques and his brother took up the baton and expanded the table grape production, with a keen focus on new varieties.

“We couldn’t have done it without each other, with my dad overlooking and keeping us on the right track. When we took over our annual production was 200,000 cartons, and by next year we’ll probably be on a million cartons we produce ourselves a year.”

Seventy percent of their grapes go into UK retail programmes, much of it into heatsealed punnets. Jacques notes that when they built their British Retail Consortium-accredited packhouse to state-of-the-art standards (the first Hex River grape packhouse to receive BRC accreditation), buyers from UK retailers started coming to them, and they pack for all retailers to the highest standard. “When we start harvesting we’ve got programmes we need to run. When you’re cutting a block with extra large grapes, then it goes into that programme.”

This year they have added volumes from two outside growers, bringing them to a million cartons, to ensure supply and to add value to other growers. 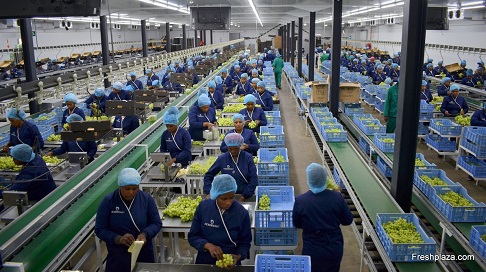 However, it is not their aim to become an export company. “We made a decision from the beginning: we don’t want to be an exporting company, we want to be primarily a farming company that is sustainable into the future. The exporting business is more of a logistics company. The real profits are made on the farm.” 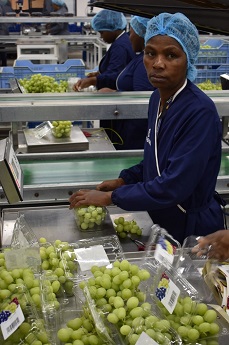 At the same time, he notes that it absolutely makes business sense for them to be in direct contact with receivers.

They are a licensed exporter of IFG varieties, and he’s enthusiastic about the varieties which make up the majority of their plantings (they made a concerted effort a few years ago to plant the most profitable varieties) like Sweet Globe, Sweet Sapphire, Sweet Joy, Sweet Celebration.

For a producer at the southern end of the world a variety’s travelling ability is really important.

“Cotton Candy, which is another IFG variety that we have, is really difficult to farm, it can brown easily, so you’re taking a risk when you take it to the Far East. That’s why we’re rather selling it locally or fly it to Dubai, because the risk is less.”

Of Sunworld they have the popular Autumn Crisp, Sable Seedless and Midnight Beauty varieties, much in demand in the Far East. He really likes SNFL’s Ivory which they have along with Allison and Meldoy. From the ARRA stable they only grow Arra29, a good early red with good size and taste, he notes. They also have Starlight, but phasing it out.

Buyers from the UK, Canada and the Far East know varieties and ask for specific varieties, while some European retailers still buy according to colour.

And then there’s Crimson Seedless, of which they can take off 6,000 cartons per hectare. The market pays a standard price, but there are no royalties. “Everywhere, everybody still loves Crimson - except Canada. They want a sticker that says: this is something special.”
Crimson can withstand the rigorous cold steri process for China (among others). “You can open it on the other side and it still looks fresh with green stems after seven or eight weeks of travel.” 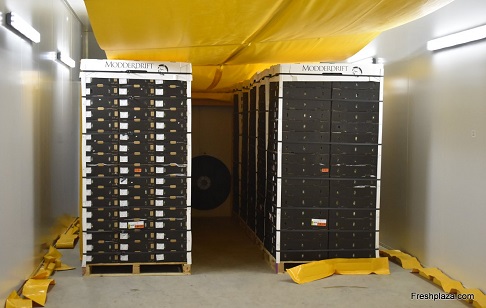 Jacques feels that an overhaul of current plastic-based packaging is certainly possible, while noting that there’s more loss among grapes in paper bags as consumers can’t browse from punnets. “We need to teach the consumer that fruit will only be visible from the top, not from all sides anymore. We need to teach them new behaviours and eventually the cost will come down.”

High grape yields key to success
The yield per hectare in the Hex River Valley is among the highest in the country, an average of 5,800 cartons (4.5kg) per hectare, resulting in a 1,500% growth in turnover over the past 14 years.

While overseas fruit prices remain unchanged at supermarkets, their returns back home can be “scary”, he says. Production needs to stay on top of input costs as well as other costs along the way, like exporters’ commissions and royalties, in order for grape growers to survive in the long run.

“With selling prices what they are and production costs, we can’t afford to farm for 4,000 cartons a hectare anymore in the Hex. Last year the average in the Hex River Valley was 4,200 cartons per hectare, higher than growers are able to achieve by the Orange River or in Namibia.” 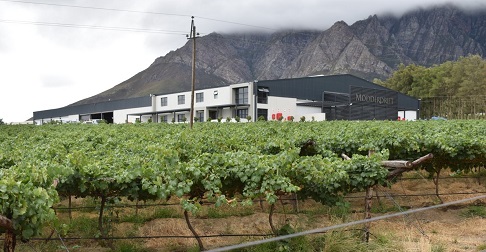 “We attach a lot of value to our workers,” he continues. “They are the backbone of our business. We try to create that workers have a sense of belonging. Some of our workers have already been on the farm for seven generations, they are like family. Some of them feel they don’t belong anywhere and if you can create that culture in your business, that’s where they’ll feel safe. They’re proud of working for Modderdrift.”

The farm is heavily dependent on labour which, together with packing material, represents their largest capital expenditure. There are 350 permanent staff which swells to 700 or 800 during harvesting, and to Jacques it is very important that they have a positive impact on people’s lives. 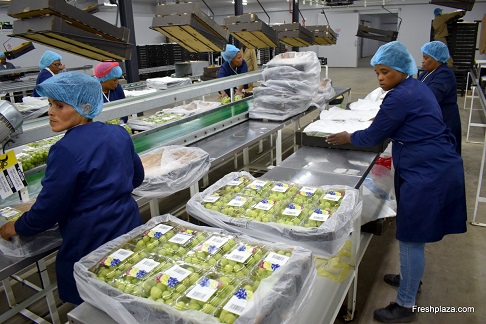 Inflation plays a large role, particularly farming inflation, which is far above normal consumer inflation in South Africa as a result of high input imports (for instance, of corrugated cardboard set at an international price), plus electricity tariff increases above inflation. “Our biggest input costs are labour and packing material and when those two go up above 10%, it has a big impact on our business.”

“We farm over 200 hectares at the moment, we have been really blessed. This is a good story to tell: there are still opportunities if people work hard and do the right thing, even when no-one is watching.”