A project underway in Western Australia is hoping to increase the fruit set and size of avocados, by better managing pollination techniques.

"Early surveys show that natural pollinators are already visiting the trees, and we should be able to increase productivity or fruit set of avocados by up to 30-40 per cent - which is quite massive," Dr Christensen said. "That’s a large increase in production, so I think farmers will be happy to see that. Another fascinating aspect of pollination is that it not only increases the amount of fruit, but also increases the size and quality. As it has set better, there is also less chance of fruit drop. While it's not clearly understood, it appears that having multiple insects moving across a plant results in better cross-pollination, improving the quality." 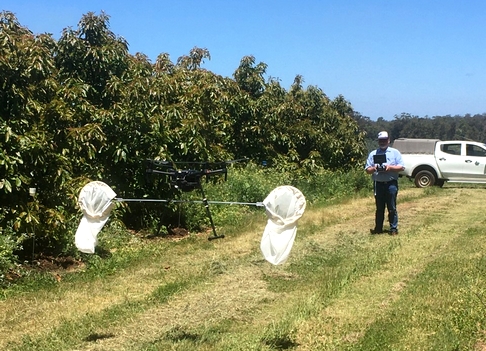 The idea for the project came from similar research being undertaken at Curtin University, who have successfully been working with Environmental DNA (eDNA) to identify insects, birds and other animals in mine site rehabilitation areas. Tests are undertaken by collecting dust from the air or plant, and analysing that for DNA.

Dr Christensen and his team then developed the project aimed at fruit crops, particularly avocados, as it is known in Western Australia that it is not well pollinated. The study will sample the DNA in avocado orchards during the flowering seasons over two years and seeing what insects visit the flowers. DNA from up to 40-50 species can be recovered from one flower.

"We know that insects visit avocado flowers, but not a lot is known about what insects do visit them and when," Dr Christensen said. "Once we know that, then the question is how do we increase the number of pollinators that visit them through various management techniques. So, we will sample the flowers and parallel to that the insects flying through the orchard, and matching the DNA, we can identify the insects. Each flower is both male and female, flowering as a female in the morning and as a male the next day in the afternoon, so insects need to be around for a longer period," he said. "So not all pollinators are as effective as others, this is why we need to understand what is visiting and when."

Dr Christensen says avocados are almost entirely dependent on pollination, mainly through honeybees and some other insect pollinators, so getting the insects to visit through the day is critical. Improving the environment and habitat for pollinators around the crop that you are trying to pollinate will increase the number of insects but must be properly managed for the best outcomes. 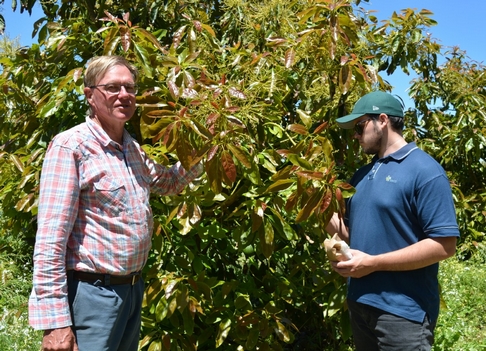 The avocado-specific project will be run alongside a National Landcare Program project that aims to develop guidelines for farmers to best manage their pollinators; what plants they can plant to attract insects by providing more food, shelter etc. It will focus on a range of pollinated crops including stone fruit, apples and canola.

"It will look at other ways they can manage their pollinators better to improve pollination services," Dr Christensen said. "Things like Integrated Pest Management (IPM) systems and the way in which you use pesticides and other sprays also play a role. The two projects in parallel will hopefully come up with some good clear guidelines for avocado growers and other primary producers. Having a good set of pollinators working those trees and crops really does improve production and the quality of the crops."

The project is a collaboration between SWCC, Curtin University, Western Australia's Department of Primary Industries and Regional Development (DPIRD) and Avocados Australia. In December, it received more than $500,000 in funding from the Federal Government.