“The French kiwi market is active, but not particularly dynamic,” reports Pascale Begoulle of SIKIG. “This is not surprising because roughly all the fruit and vegetable markets in France are calmer than usual.”

Besides France, SIKIG sells its kiwis in several European countries. “For the moment, the European market is following the same trend as the French market. Consumption is regular, but quiet. Last year, sales were slightly more dynamic.” But according to Pascale, the market should wake up in the second half of the season, now that strikes are ending.

On the French market, SIKIG is not too bothered by foreign competition. “Abroad, it is the quality that makes us stand out,” adds Pascale. “We must always fight, but the loyalty to the French origin persists. Belgium and Germany, for example, are small markets where the French kiwi is always sought after for its quality.” Pascale mentions that the quality of the kiwi is particularly good this year. “The sugar level/acidity balance is very interesting. The sugar level is high for this harvest, with a pronounced acidic flavor. The taste buds will not be disappointed.”

SIKIG focuses on the European market because it remains a profitable market. “Besides, the products are sold much more rapidly than in large export. It is a definite advantage compared to the long transits to distant countries.”

This year, SIKIG was able to start the kiwi campaign earlier than last year. “Zespri left the market in early December, which is normal. Last year, they left the market later. Once they did, there was room for our kiwis on the market.” 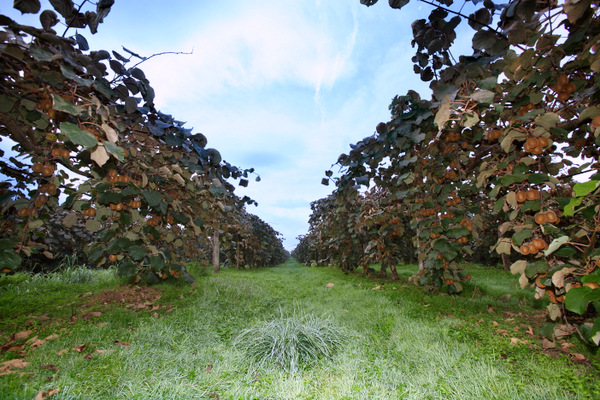 In order to meet the new client requirements, the company is working on agroecology. “It really is an important topic for us. Our environmental approach in the orchards focuses especially on grass growing, but also on reducing plastic in packaging.” Moreover, SIKIG just joined the Nouveaux Champs collective. Therefore, the company will launch a Zero Pesticide Residue (ZPR) range in February, without forgetting the key products of the company, labelled Red Label and PGI.