Apples at the forefront of getting people "Back to Bilpin"

An apple growing community in the New South Wales Blue Mountains is hoping that the grassroots social media campaign "Back to Bilpin", which is largely themed around the region's iconic fruit, can promote and help it recover from the devastating bushfires.

Fire tore through the town of Bilpin on December 21, wiping out crops at several orchards, along with other business and residential properties. Bilpin is known as the "Land of the Mountain Apple", with apple and stone fruit orchards growing since not long after first settlement in Australia.

"It wiped out a whole strip of the Bells Line of Road," Founder of the campaign Sarah Richards said. "The orchards, a lot of them have been affected. One grower has lost nearly all of his orchards. A lot of the other orchards have also been hit so hard. I've been told that there is possibly a wait of several years for apple trees. So, for them to replant their orchards with what has gone missing, it can be a few years wait. That could hurt our community significantly." 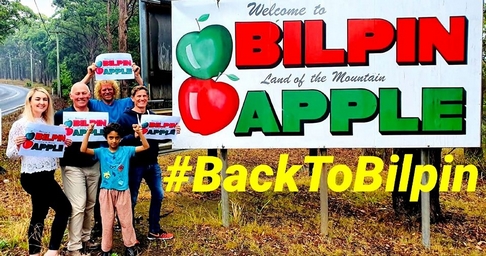 Ms Richards is on the local council, and witnessed the destructive blazes volunteering in the Rural Fire Service (RFS) headquarters in Hawkesbury, not only for the Bilpin fires, but others in neighbouring communities. She knew that it was important for the town's rebuilding that people return as quickly as possible.

"When you think of it, people were doing the right thing by listening to the advice from the RFS and authorities," Ms Richards said. "They were staying away from the unsafe areas, which is what the authorities wanted them to do at that point. But it was hurting our businesses. The accommodation providers had cancellations immediately. They went from full bookings to panicking, as they had staff to pay. The local fresh food orchards, who rely on people to pick their fruit couldn't get people, and boutique cafes just had no customers. I knew we had to get people back here; we had tourism operators crying that they just couldn't pay their staff and pay off all of their bills. So, I thought of the (slogan) 'Back to Bilpin'. I posted some photos that I had taken and started a hashtag." 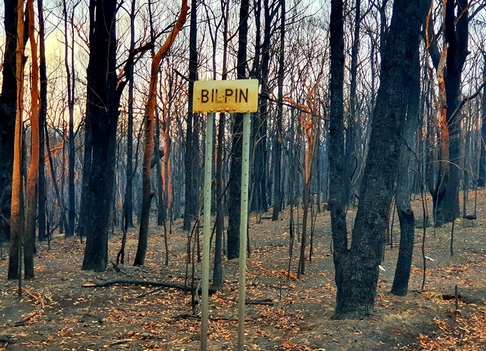 It initially got a 25,000 reach, before Ms Richards, who is on the Hawkesbury Tourism Committee wanted to take it bigger, and turn it into a full-on campaign, launching a new and fresh Facebook page.

"I went to bed thinking, it hasn't taken off the way that I thought it would," she recalls. "But after tagging every local business that we thought of, to try and get traction, we woke up the next morning and my phone just didn't stop - 24-48 hours later we had half a million people see it - it had just gone crazy. I just put it down to the cute and catchy title, the pictures, and the gorgeous tourism opportunities that we have in Bilpin that are unique; fresh produce, cheese and cider, platters, alpacas and boutique accommodation. The pictures resonated with people, and Aussies just have a spirit of helping out fire-affected communities in any way they could. It has helped put Bilpin on the map, which is all we ever wanted." 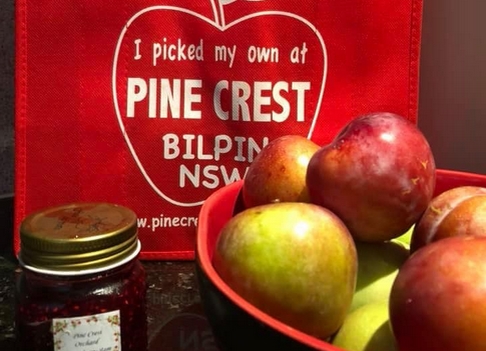 Ms Richards says she is "blown away" by the success of the campaign and has already got national exposure, including the Tourism Minister Simon Birmingham. While, clothing merchandise has been made up, with the hashtag, to help promote the message.

The online campaign will be backed up with promotions, especially from the town's two cider companies, around the Australia Day long-weekend (January 25-27). 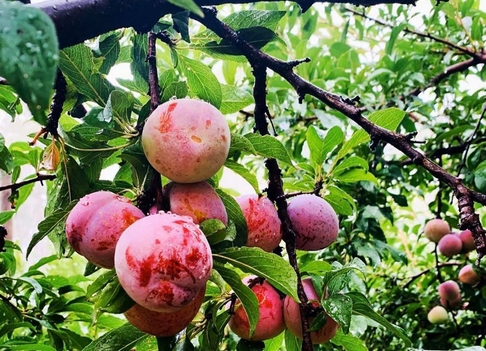 "I know that the apple season is going to be launched this weekend," Ms Richards said. "At the moment we have had peaches and stone fruit in season, but with the success of 'Back to Bilpin', and the beauty of having a long-weekend at the same time apples are coming back to season, it is the ingredients for a perfect few days. Bilpin Cidar just had a promotion last weekend, and donated $2,000 to the RFS captain, who lost his orchards. That is big business giving back to small business."

For more information, visit the Back to Bilpin Facebook Page