“In 2016, we had shipped our largest amount to China and Hong Kong,” says Richard Matoian, executive director of the American Pistachio Growers in Fresno, Ca. “And 2018 going into 2019, despite the tariffs, the shipments to China/Hong Kong were nine percent larger than our largest shipment year of 2016.” (2017’s export numbers to China/Hong Kong were down as the result of a smaller crop.) From the crop year of September 2018-August 2019, more than 246 million lbs. were shipped to China and Hong Kong. 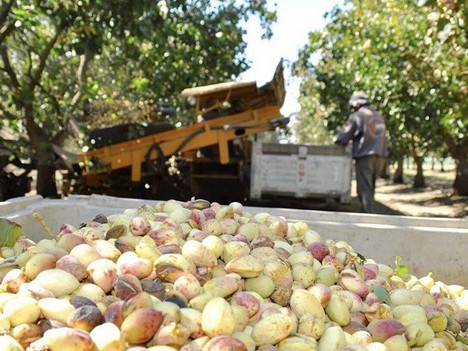 This is on top of significant tariffs on American pistachios—55 percent on raw product and 30 percent (up from a previous 15 percent) on roasted product.

As a market, Matoian notes that China and Hong Kong has become the number one export market for American grown pistachios in the last decade, taking that spot over from the European Union. “It’s become a very good marketplace because consumers really like pistachios and the demand for them continues to grow in that region of the world,” says Matoian.

Iran’s effect
Last year though, a few factors worked their way into why the interest in American product was high. “There was a lack of available supply from other parts of the world, particularly Iran, which has been our chief competitor in that part of the world,” says Matoian. That year, he says, Iran had experienced widespread cold and freezing in the spring and it led to a relative crop failure. (Those crop issues also carried over to its 2019 crop which was larger than 2018’s for Iran, but was still a below average crop.) “Then the popularity overall has continued to increase in China and Hong Kong. Despite tariffs, there’s been strong demand. To compare, if you love your Starbucks coffee, even if the price goes up, you’re still willing to pay more for it. At some point there may be a breaking point where the price goes up so much that you will have to do without. But we haven’t reached that point yet in China and Hong Kong.” 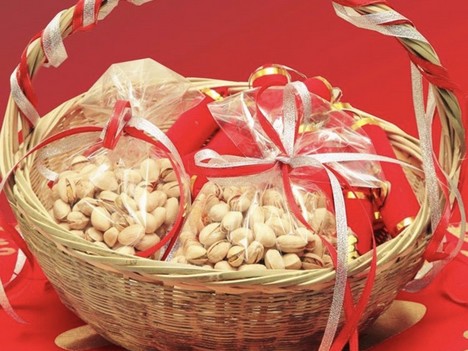 Add to this the popularity of giving pistachios as a gift during Chinese New Year, this year taking place January 25. “We see high shipments in the months of September-November and maybe the 1st half of December,” says Matoian. “It’s been upwards of 50 percent of our total shipments go within that time period.”

In fact, Matoian believes had the China tariffs not been in place, American growers, who reported prices firming up over the last year, would have shipped even more.

Anticipating 2020
Looking ahead, this year’s pistachio picture should make for another interesting market. Along with China and Hong Kong, India has also increased its demand significantly. (India is another market that can switch between Iran and the U.S. as suppliers) “In 2019 compared to previous years, we’ve tripled shipments to India,” says Matoian. “We’ve gone from about six million to 18 million lbs. It’s good to see this increasing growth.” 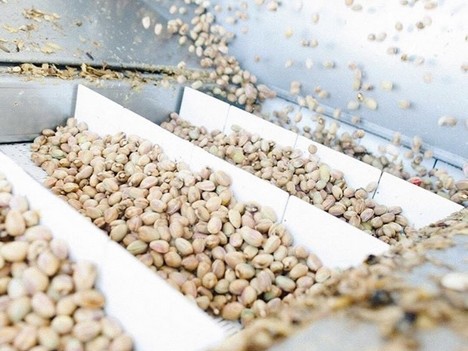 Add to that, 2020 is an alternate bearing year for pistachios and anticipated to be a higher production year. “In 2019, we had an off year. We had about 730 million pounds compared with 994 million in 2018,” says Matoian. “In 2020, we’re expecting another record year and expect to break our first billion pound crop.”

Looking ahead though, American growers are watching and waiting. “With the agreement in phase one negotiations with China and Hong Kong, our tariff on raw pistachios has remained at 55 percent,” says Matoian, noting that the tariffs on roasted pistachios also remains at 30 percent. American growers will now wait and see if popularity continues and sales remain high or if tariffs dampen sales.