Cold storage units across the Valley witnessed a decline in business of around 50 percent this season as Kashmir’s apple-picking season ended with major losses to the growers. The cold stores in the Valley were established in around 2005 to benefit the growers.

Growers, who were earlier forced to sell their produce immediately, could now sell apples throughout the season – October to April - at attractive prices.

After more than a decade, around 20 major cold storage units have come up in the Valley across north, south, and central Kashmir.
People associated with apple trade used to book space in cold storage units months ahead of the season. 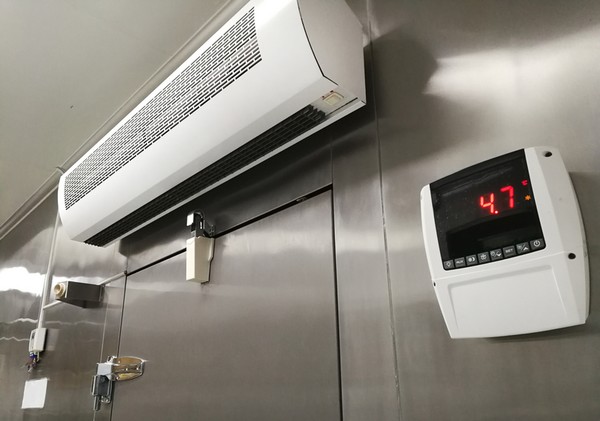 However, this year, as Kashmir witnessed a several months-long shutdown amid restrictions after the abrogation of Article 370, apple trade suffered with threats to truckers and less buyers. Amid this uncertainty, apple growers preferred to immediately export their produce at low rates.

“We used to store around 1200 apple boxes at Lasipora cold store but this year we didn’t,” said 46-year-old Muhammad Syed, an apple grower of Deeri Pulwama.

“Everything in Kashmir was in a mess. There were few buyers around as no one was sure how the situation would pan out. Posters and warnings of not trading apple were issued. Out of fear, growers like me preferred to sell their produce in a hurry,” he said.

Riyaz Ahmad Ganai, the 38-year-old site manager of Farma2U, a cold store at Rangreth, Srinagar, said, “We have a space for 20,000 metric tons in which 20 lakh kg apple can be stored. However, in 2019 only 10,000 metric tons were filled. The bookings were lower than the previous years and caused us losses.”

According to the Department of Horticulture, Kashmir, about Rs 8000 crore to Rs 10,000 crore of Kashmir’s economy is dependent on the apple industry and nearly one-third population of the Valley is associated with this sector.

An apple grower, Muzaffar Ahmed of south Kashmir’s Pulwama district, said since 2008 he had been storing his produce at Harshna Natural, a cold store in Lasipora Pulwama. According to him, this way of selling apples helped him economically as he prefers to export his produce in the early months of summer.

However, this year, he too did not store his produce, some 1800 boxes of apple of different varieties.

Sanna Masood, 34, Managing Director and CEO of Farma2U, said this year bookings were nearly 50 percent down due to clampdown in Kashmir.

“During the shutdown, most of the stores were closed and in the absence of communication, customers couldn’t contact us,” she said.

Although, the company has installed its units in major apple-producing areas in the Valley, mostly in south Kashmir, the cold response from the market has adversely affected its business.

“We couldn’t even pay salaries to our staffers and vendors who work on a commission basis. The decline in bookings caused us huge losses,” Sanna said.