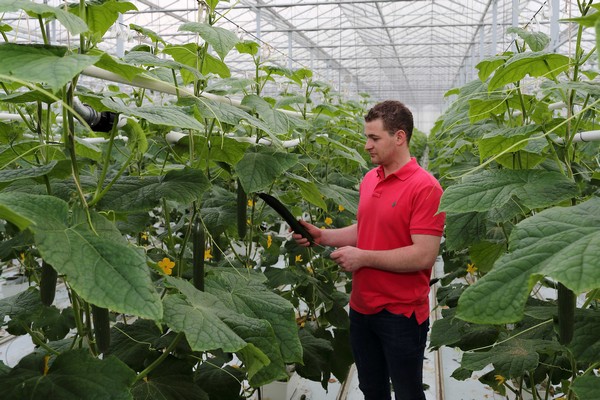 Cucumber is primarily a summer vegetable. But thanks to new cultivation techniques and great professional knowledge, the product can now be obtained almost all year round at the REO Veiling. “Thanks to their guaranteed Belgian origin and the great flexibility that our growers display for filling the packaging required by the market, the cucumbers from the REO Veiling quickly find their way to both Belgian retail and some important export markets. The REO Veiling sold 36.5 million Belgian cucumbers last year, compared to 19.5 million in 2009. More than double in 10 years! These figures confirm that the REO Veiling plays a leading role when it comes to selling domestic cucumbers on the Belgian and European fresh produce market. The supply is highest from May through August. This year we expect a slightly higher supply compared to last year," says Martine Ingels, cucumber product manager at the REO Auction.

This years first cucumbers were offered by Jasper Haghedooren from Westrozebeke. The year round grower only has cucumbers in greenhouses on a total area of ​​almost 8 hectares. His dynamic family business is one of the first with Belgian cucumbers every year. “The first cucumbers were planted on December 10. We always start it during this period of the year. It just fits in with our business operations," explains Jasper Haghedooren.

“We are continuously in production until the beginning of November on the basis of four cultivation cycles. The first cucumbers were grown traditionally according to our sustainable standard cultivation schedule. We strive for the most energy-efficient and high-quality production possible through, for example, organic crop protection, water recovery from greenhouse roofs and automatic climate control. We have light blocking screens in our greenhouses, so that less heat is lost in the winter and the brightest sunlight is filtered in the summer. This sustainable application not only reduces heating costs, but also improves the cultivation climate in the greenhouses, which naturally benefits the full taste and Flandria quality of the cucumbers. You can see that with the scoop cucumbers. They are good in colour and have a nice shine. ” 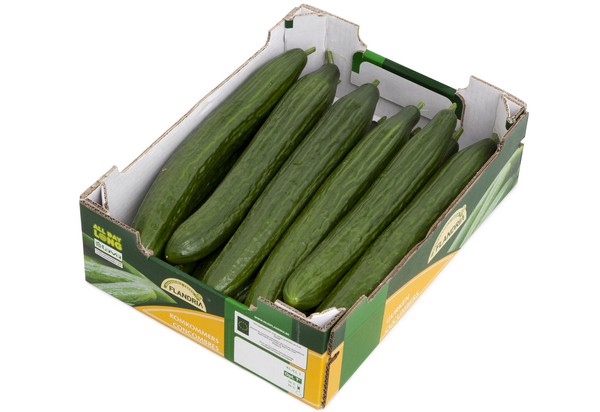