On Thursday, January 16th, the U.S. Senate passed the U.S.-Mexico-Canada Agreement (USMCA) by a bipartisan vote of 89 – 10. The agreement will now go to the President for his signature, which finalizes its enactment. 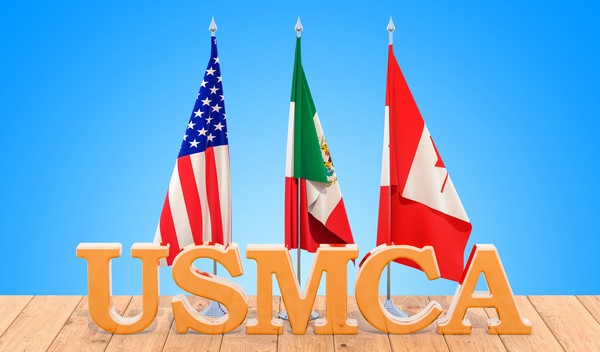 U.S. Secretary of Agriculture Sonny Perdue issued the following statement regarding the passing of the Agreement: “We’ve long waited for this day and now USMCA will finally head to the President’s desk. The passage of USMCA is great news for America’s farmers and ranchers. With Congressional consideration now complete, our farmers and ranchers are eager to see the President sign this legislation and begin reaping the benefits of this critical agreement. I thank President Trump and Ambassador Lighthizer for successfully delivering an improved and modern trade agreement and working so hard for the people of American agriculture to get this deal across the finish line.”

Agricultural associations throughout the North America responded positively to the passing of the Agreement.

United Fresh looks to strengthened partnerships
Tom Stenzel, President and CEO of the United Fresh Produce Association issued the following statement: “The produce industry is one of the cornerstones of the original NAFTA agreement and its continued success is vital for the economic well-being of all three countries. The USMCA includes important reforms that will ensure that the success of NAFTA will continue well into the 21st Century. This agreement is most important as we continue to meet the demands from consumers for increased availability of healthy fresh fruits and vegetables. Finally, we believe this new trade agreement will strengthen our partnership between the three countries and provide essential cooperation in the fresh fruit and vegetable industry.”

Agreement will guarantee year-round supplies
Lance Jungmeyer, President of the Fresh Produce Association of the Americas stated: “This agreement is a positive for consumers who will continue to enjoy year-round access to healthful fruits and vegetables. Once put in place, the USMCA will continue to strengthen U.S. businesses and trade in North America.”

The FPAA will continue to work with Congress to implement the new USMCA and to ensure that a seasonal produce provision or other measures are not adopted into U.S. law.  “Consumption of fresh fruits and vegetables has risen precisely because we have a beneficial relationship with Mexico, which has bountiful sunshine and microclimates for growing a variety of fresh fruits and vegetables, from avocados to zucchini,” Jungmeyer said. “The USMCA is a win for U.S. consumers and U.S. businesses.”

Improved market access
The California Fresh Fruit Association believes this new agreement will benefit California farmers by improving market access in Mexico and Canada. USMCA will build upon the existing trading relationship between the three countries and allows for continued economic growth. CFFA President Ian LeMay says: “Mexico and Canada have been vital trade partners over the years for our growers and shippers and the passage of USMCA out of the Senate today comes to the delight of the California fresh fruit industry. Our members look forward to continuing to provide the freshest fruit to consumers around the world.”

CPMA urges ratification of USMCA in Canada
Following the passage of the Agreement in the United States Senate, CPMA sent a letter to Canadian Prime Minister Justin Trudeau, calling for Canada to follow with its own timely ratification process.

“Since the implementation of the previous NAFTA in 1994, Canadian fresh fruit and vegetable exports to Mexico and the U.S. have increased by approximately 396%,” wrote CPMA President Ron Lemaire. “This growth is indicative of the importance of tariff-free trade and the integration of our marketplace within North America and within the fresh produce industry.”

“The previous NAFTA has been a tremendous success for the fresh fruit and vegetable industry,” concluded Lemaire. “We strongly urge the Government of Canada to take immediate action to ratify this Agreement to facilitate a strong fresh produce industry for generations to come.”