After ash rained down from the Taal volcano in the Philippines, grower Jack Imperial woke to a picture of devastation; his lush green pineapple field had been transformed to a dirty dark grey.

Imperial said his chances of salvaging produce from his 1-ha farm were small and, in any case, there was no one to sell them to with tourists avoiding the Tagaytay area on the archipelago’s biggest island Luzon, 32 km from the Taal volcano. 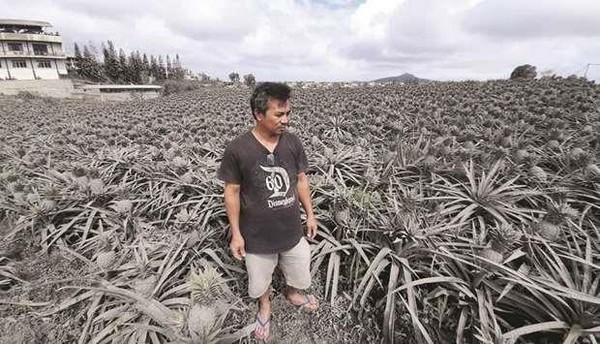 “We just have to accept that we will incur a loss,” said Imperial, 49, who had never seen such a sight in 17 years of farming. “Even if we are able to harvest some pineapples, if customers are scared to come because of the eruption, the pineapples would just end up rotting.”

The impact of the volcano on the $330bn national economy has been a blip, despite cancelled flights and a day of work lost because of a heavy ashfall in the capital Manila, 70 km away, on Sunday.