Apples and nuts are growing markets in Jordan

Jordan (10.5 million inhabitants) is 98% dependent on food imports. In 2018, the Netherlands exported 16 million euros worth of fruit and vegetables to Jordan. Nuts is in second place on the list of 10 growth markets in Jordan, apples are third on the list. Jordan is becoming an increasingly westernised and foreign foods are becoming more and more the trend, especially if they are attractively packaged and clearly labeled. The retail market expects growth of 3 to 5% in the next 5 years.

The top retailers in Jordan:

Jordan is relatively a small country (88,802 square kilometers). It is largely enclosed in West Asia and is located at the crossroads of Asia, Africa and Europe. There is one port, called Aqaba, which is located in the very south of the country, close to Eilat, Israeli. 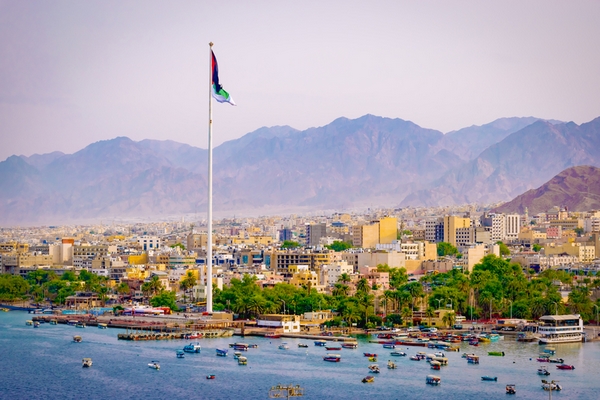 Aqaba, the only port city of Jordan

Jordan remains pro-Western and pro-Gulf Arabic and is an important advocate for peace in the Israeli-Palestinian conflict. The forecast is that the population will exceed 11 million by 2030. The country is urbanized and 91 percent of the population lives in urban areas.

Agriculture accounts for more than 11.5% of land use: agricultural land (2%), permanent crops (1%), and permanent grassland (8.5%). Local agricultural production can only provide a small part of the local food supply. For that reason, Jordan is dependent on imported products such as fruit and vegetables.

The USDA Exporter Guide provides more information about the country and the options for exporting to this country.