The Panama Canal has decided to implement a series of new measures beginning February 15 to sustain an operational level of water and provide reliability to users while it implements a long-term solution to water. As explained, the move has been prompted by changing rainfall patterns and historic low water levels at Gatun Lake, the main source of water for the waterway.

Despite the use of extensive water-conservation measures, this past year’s rainfall was 20 percent below the historic average and the 5th driest year in 70 years. It follows several years of lower than average rainfall coupled with a 10 percent increase in water evaporation levels due to a 0.5-1.5o Celsius rise in temperature, according to the Panama Canal Authority (ACP).

Without fee and operational changes, the canal’s water levels are projected to drop to levels that would affect the Neopanamax and Panamax locks. These new measures are intended to better provide reliability in water levels and therefore transit schedules, the ACP added.

One of the new measures is a freshwater surcharge that would be applied to all vessels over 125 feet in length overall (LOA) that transit the Panama Canal. In addition, a variable fee ranging from a minimum of 1 percent to a maximum of 10 percent of the vessel’s toll will be applied depending on Gatun Lake levels at the time of transit.

What is more, the Panama Canal will adjust the number of daily reservation slots available to 27, replicating the total offered during lane outages. The waterway will also require that each vessel pays its booking fee in full no later than 48 hours depending on the booking period. 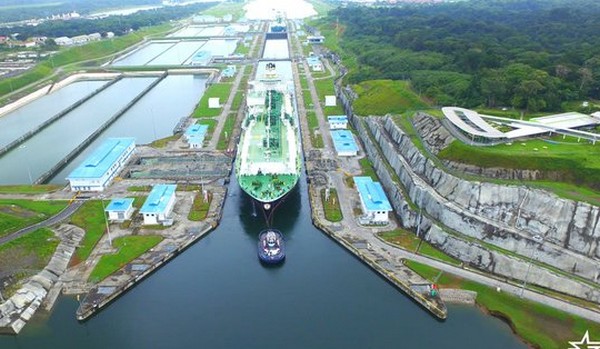 Specifically, there will be 6 slots available for “Regulars” with a beam of up to 90.99 feet, 13 slots for “Supers” with a beam of up to 107 feet and 8 slots for Neopanamaxes. One slot for Supers and one slot for regular vessels will be awarded through the auction process three days before transits. Nonetheless, the Panama Canal will continue to provide additional capacity when possible, serving vessels on a first-come, first-serve basis.

Handling service fee
Additionally, a handling service fee will be applied to all visits for transit at the time they are created in the system. The processing fee for vessels with a beam of 91 feet and over will be USD 5,000 and for ships over 125 feet LOA but less than 91 feet in beam will be USD 1,500. The fee will be deducted from the vessel’s tolls invoice once the vessel begins transit.