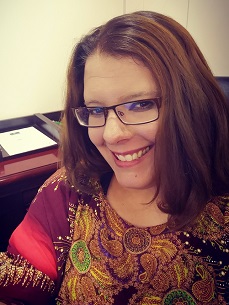 “Now is the time to think strategically and to cast the net wider,” says Stephanie van der Walt, director of the Agbiz Fruit Desk.

“For me there are a number of themes this year, notably the Brexit process that is expected to initiate on 31 January, the opportunities that can be leveraged through business’ active participation in the BRICS grouping via the BRICS Business Council and the new African Continental Free Trade Area that will launch on the first of July.”

She notes that during an agricultural conference hosted in London last year, attended by Agbiz CEO, John Purchase, the representatives of the UK’s agribusiness, retail and government gave their assurance that South African fruit is considered a priority product, and that every effort is being made to ensure shipments will move smoothly during the transition process. 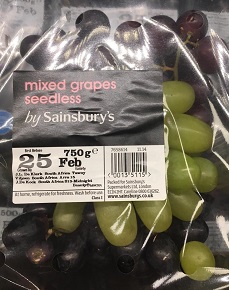 “In order to mitigate this sensitivity, market diversification is a big priority for South Africa’s fruit exporters. The EU and the UK will remain key destinations for our exports, but Asia and Russia, and even India, are markets that hold a tremendous amount of potential. The message from South Africa’s partners in BRICS is that free trade and open markets are fundamental to the BRICS objectives, which is highly encouraging when seeking to promote exports.”

Reduction of exposure to domestic risk
South Africa is a member of the BRICS grouping which comprises Brazil, Russia, India, China and South Africa. The South African fruit industry has barely seen any benefits thus far from belonging to this grouping but, Stephanie says, the formalising of objectives in the Agricultural Working Group that began during last year’s BRICS Summit in Brasilia and will continue in St Petersburg in July, is a step in the right direction.

She notes that it is important to remember the purpose and rationale of South Africa’s participation in the BRICS grouping. She refers to a statement made by Dave Malcolmson, Chief Director: Regional Organizations at the Department of International Relations and Cooperation, in 2018: “South Africa’s approach [is] in consideration of a matter of crucial importance to BRICS member states, namely the role of emerging economies in advancing the restructuring of the global political, economic and financial architecture into one that is more equitable, balanced and rests on the important pillar of multilateralism.”

"This statement remains relevant at a time where we’re seeing a long-term rise in protectionism and outright antagonism towards multilateral structures from major western powers; the World Trade Organization’s Appellate Body becoming inoperational in December as a result of US efforts to block the appointment of new judges is but one glaring example."

At present, BRICS remains primarily a political alliance, but with the formation of the BRICS Business Council last year, and Chinese President Xi Jinping’s open call for the private sector’s active participation in BRICS, trade and business engagement is set to gain momentum.

“Within BRICS, South Africa represents the whole region of Africa. With the advent of the African Continental Free Trade Area, the landscape of South-South engagement, and economic engagement in particular, is poised for prominence in the new decade.” 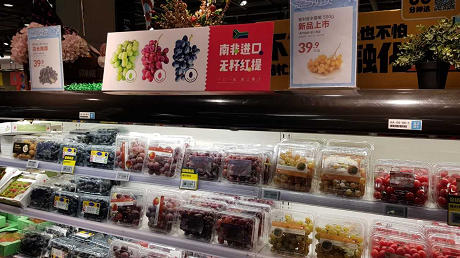 Strengthening ties with China
“Asia is a priority destination for South Africa’s market diversification efforts and some inroads have been made, even amidst tough competition. According to the Southern Hemisphere Association of Fresh Fruit Exporters, of all their members, South Africa was the largest fruit exporter to Asia, shipping a total of 650,486 tonnes of fruit, to the value of US$773 million, surpassing even major competitors like Chile and Australia. China and Hong Kong received the bulk of this, accounting for 45% of South Africa’s total fruit exports into Asia.”

Effective engagement through BRICS is one avenue through which trade ties with particularly China may be strengthened so that South Africa’s fruit exporters are able to maintain this momentum.

It is also worth noting that China is the largest foreign investor in agriculture on the African continent. Other commodities, such as oil seeds and grain, have identified partnership opportunities across the African continent that may also pave the way for exports to China through investment partnerships. Whether this is a viable avenue for South African fruit producers remains to be seen, but with the tectonic plates of the trade landscape shifting, some out-of-the-box thinking might well be in order.

She doesn’t for a moment negate the high risk of doing business in Africa, pointing to investors in the Democratic Republic of the Congo who lost everything. “But I also know of South Africans who are doing exceedingly well there. As with any business venture, what is crucial, is to be aware of what the risks are and have a clear strategy to mitigate them."

"At present," she continues, "we still have more questions than answers regarding the mechanisms that will drive the African Continental Free Trade Area, but as business, it is important that we remain proactive and strategic in our engagement with government. That requires a clear vision of what the African Continental Free Trade Area can mean for us and how it can be used as a tool to help us achieve our goals.”