Supplies of some of the newer varieties of apples out of Michigan continue to be solid.

“We have a great supply of KIKU®, Kanzi®, EverCrisp® and our legacy varieties. We are up about 10 percent year over year,” says Nick Mascari, president of Applewood Fresh in Sparta, Mi.

In Michigan, Applewood’s network of growers amounts to some 11,000 acres of apple-growing land. Competing product of course comes from other heavy apple growing states such as Washington, New York and other Michigan growers, though Mascari notes that in the stores, competition also comes from other fruit categories.

While supplies are up of apples and demand continues to be good, the overall consumption trend of apples is a focus for the industry. “We as an industry need to work on getting the declining consumption trending back upwards,” says Mascari.

Rebuilding consumption
For Applewood, it’s working on increasing consumption in a few ways, including introducing newer apples such as EverCrisp, a combination of the Fuji and the popular Honeycrisp apples. EverCrisp is a later-season variety that Applewood just began shipping this month. “Consumers love them after they try them,” says Applewood’s Antonia Mascari. “We coordinated hundreds of in-store demos and received valuable feedback, which shows demos are still very effective. Especially when you promote on social media, have in-store signage and recipe handouts available.”

Mascari also notes that Applewood has also been working with retailers to boost apples as a snack or eating opportunity through marketing initiatives such as store display contests, digital coupons, corporate events, chef demonstrations and more. And last October, Applewood Fresh also launched a partnership with TheProduceMoms.com to create promotional programs for Applewood brands such as SweeTango, EverCrisp, KIKU, Kanzi and more. 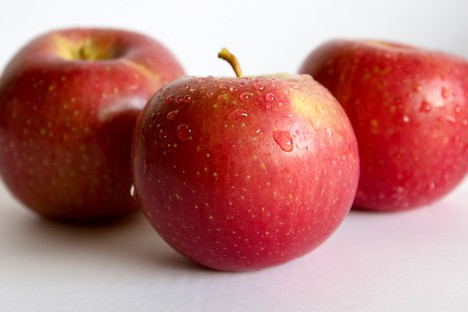 That said, for now prices are still average and Mascari notes that it’s been a race to the bottom. Looking ahead though, he anticipates increasing the movement of its managed varieties of apples. “Shifting the end consumer to the managed varieties provides a new and better eating experiences in most cases and helps the retailer achieve above average retail prices,” adds Mascari.