"This week we are seeing a noticeable rise in the price of Italian abate pears. The reason for this is that the producers can no longer rule out the possibility of the season ending in February. Due to the relatively weak demand in recent weeks, it has almost been forgotten that this year's Italian pear production has seen a sharp drop in harvest of up to 50 percent and more. Some producers are already telling us that their pear stocks are already empty," says Alex Weitgruber, Managing Director of Vetter LLC.

At the moment, demand is gradually increasing, which is why some producers are speculating on higher prices; they are holding back from the market. "So there will certainly be price increases in the next few weeks, and especially on the free market, soon there will be hardly any goods available. Nevertheless, we are working with our producers to keep prices as stable as possible. Furthermore, we will try to service the market until March. However, this is also strongly related to the demand in February," says the South Tyrolean major supplier. 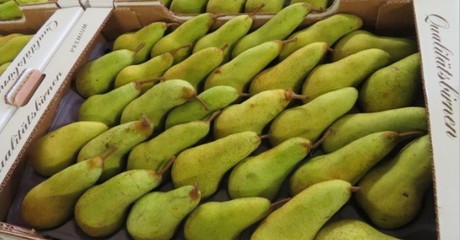 Marmorated tree bug
One of the main reasons is the infestation of the trees by marmorated tree bugs, Weitgruber commented in a previous interview (September 2019). The pest sucks on leaves and fruit, which leads to extreme deformation and spotting. Italian agriculture has been fighting against this ever-increasing problem for years. "The consequences of the tree bug are by far the most serious for pears, and I also believe that we must expect losses and bottlenecks in the coming years. We hope that the release of the ichneumon fly in Italy will soon have a positive effect and reduce the tree bug problem." 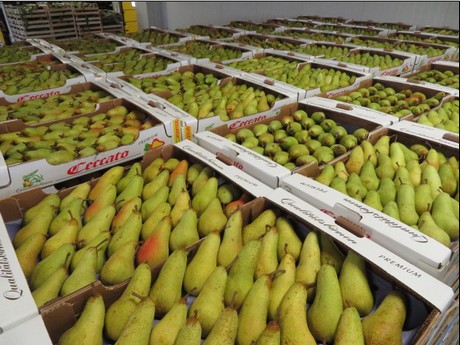 Angélys pear
In parallel with the threat of a supply shortfall for Abate pears, the winter pear variety Angélys is now increasingly being marketed from the end of January onwards as well. The pear -originally a French variety- is a product, 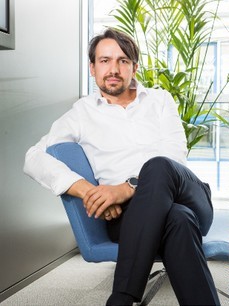 produced and controlled exclusively in Italy and a cross between the Decana winter pear and the Decana del Comizio: "The variety is protected by patents and its marketing is reserved for the Angelys Club", explains Weitgruber (picture right).

The specialist trader himself sent a few pallets for export to  Germany last year and the initial feedback has been mostly positive. "The original French late variety was nice and sweet in taste, but its shelf life could be a bit better. The variety is rapidly gaining ground on the domestic market, the next step would be to expand the production volume accordingly in order to be able to supply the export market as well. In the long term, I also see interesting growth potential in the export sector," concludes Weitgruber.