“Strategy of storing in cold chambers will not work this year”

Storing the Polish apples in cold rooms for much longer is not a viable strategy this season, according to one Polish apple trader. Multiple traders are still saving their produce in hopes for better prices, but the quality of the apples does not allow this strategy to be successful.

It’s been a weird season for Polish apples so far, says Mohamed Marawan, managing director for Polish apple producer and exporter Sarafruit. “During the season apple prices were so low, that selling them would not turn you a profit. This has led to growers not taking care of their orchards as well as they should have done, as it felt it was going to be in vain anyway. They may not have sprayed a sufficient amount, or as frequently as they should have. This has a big impact on being able to store the apples in cold rooms for an extended period of time.” 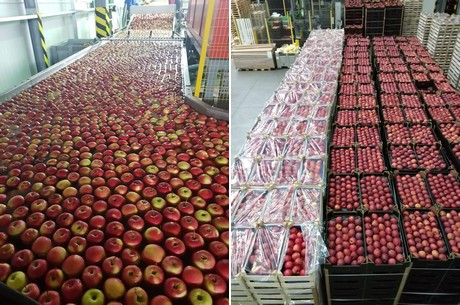 According to Marawan, it will be a disaster once the cold rooms actually open. “Naturally prices will fall down, but people will also find out that the apples in these cold rooms have skin problems, or black dots or even full on rot inside the apples. People should have just sold their produce when they had a chance to make a profit, rather than waiting out higher prices for them. The strategy of storing the apples in cold chambers as long as you can, will simply not work this season. The costs of the electricity needed to run the cold rooms will be less than the profits made by waiting for higher prices. The lesser quality also means there are less possibilities in terms of export markets.”

The fact that Indian traders might be looking elsewhere doesn’t surprise Marawan. “It all started with Poland not having enough labor for the harvest of the apples, so they invited Indian workers to fulfil the positions here. Naturally this also led some businessmen to come over and see what profits could be made. Now they’ve found out that this season, when sending apples from Poland to India, the quality is not up to par to be able to handle these long transit times. By the time the produce reaches its market, customers might not like what they see. This is the reason Sarafruit has rejected requests from India. Not because we don’t want to sell them apples, but because this season it is not possible to guarantee the certain quality that consumers have grown accustomed to.” 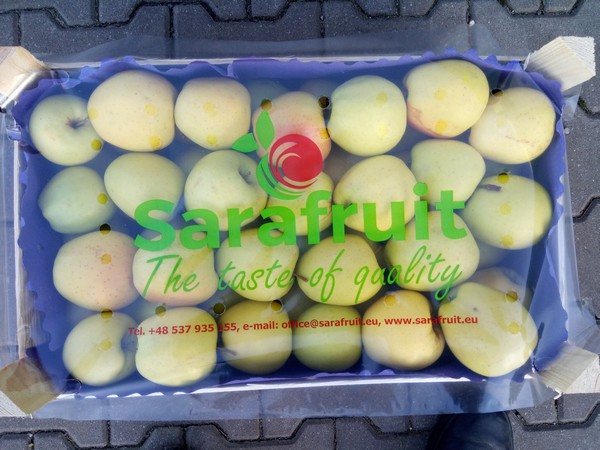 Next year could be completely different though, as Marawan expects quality to be back to its normal level after two very vibrant seasons. “As long as the quality fo the apple is good enough for long transit times, the Indian market will remain an interesting one. We hope to be able to fill that spot, however we also have other plans for next year. During Fruit Logistica we will meet our partners from Italy and Spain to discuss the developments on the market recently. We’d like to start shipping some apples to the Middle-East and start importing oranges from Egypt to Poland. The exhibition will be an exciting one!” Marawan concludes.