A new red skin custard apple selection has the potential to expand export markets and promote the traditional green skin varieties both domestically and internationally, according to researchers at Queensland Department of Agriculture and Fisheries (QDAF).

The variety was formed as part of the custard apple breeding project, which has been running for over 20 years.

"Research into new custard apple varieties was originally focused on improving fruit set and quality," QDAF Senior Research Scientist, Grant Bignell said. "The original custard apple varieties required hand pollination so it was very labour intensive just to get a crop. The currently grown varieties do not require hand pollination. There are always improvements that can be made through breeding. We have focused on increasing the flavour, texture, size and shelf life of the fruit as well as aiming to reduce seed number." 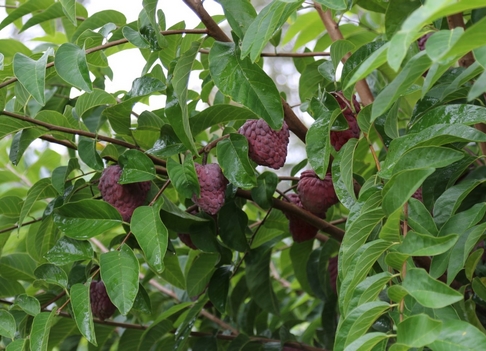 As the project has progressed, it focused on the development of red skin custard apples, and currently there is a selection that has progressed to the commercial testing phase and Mr Bignell says it is performing well in most regions.

"The red skin fruit is something different that really catches the eye of the consumer," he said. "As far as we know there is no other commercially grown red skin custard apple. There are other commercially grown red skin Annona species such as red sugar apple (Annona squamosa) however this selection is a unique custard apple (Atemoya). The red skin is the major point of difference, as the eating characteristics are very similar to the currently available green skin varieties." 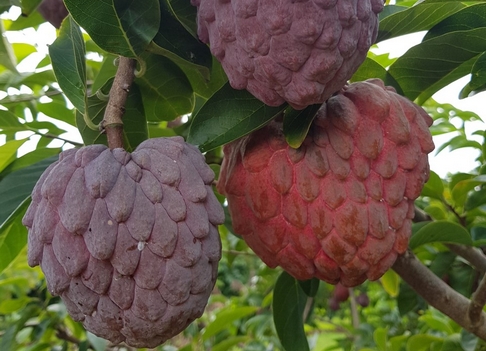 He added that custard apples farms can be extremely profitable, as it is a high value fruit that averages around $35 per tray - however early produced fruit can fetch more than $50 per tray. The industry is worth around $7million annually and is expected to grow due to significant plantings over the past five years.

Mr Bignell notes that currently the majority of the Australian crop is consumed domestically, and the industry has a large number of trees that are yet to reach maturity. He says it is expected that there will be more fruit hitting the market in the coming years.

"Based on the Australian Horticulture Statistics Handbook, under 10 per cent of Australian households purchase custard apples," he said. "This shows there is plenty of scope to increase consumption domestically. The red skin variety has potential to lift the profile of the custard apple industry as well as attract new domestic and international consumers." 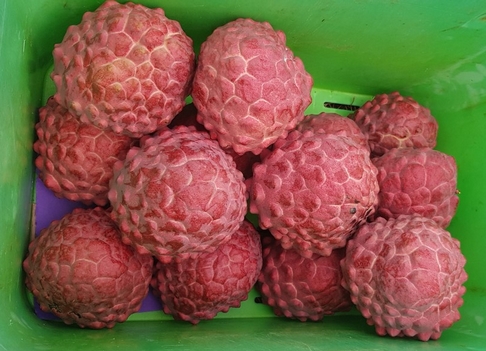 The custard apple breeding project commenced in the late 1990’s, and during this time new green skin varieties have also been developed.