2019 marks the 30th anniversary of HLB, a family-owned company who started off importing fish into Germany. Since its founding, the company has grown to two independent branches – HLB Tropical Food in Germany, and HLB Specialties in Florida – and helped open up and develop numerous markets for exotic fruits. The company began their journey into the tropical food world in 1992 when they introduced airfreighted, tree-ripened papayas into Europe. Today, the company is still family owned and works with a variety of exotic fruits. 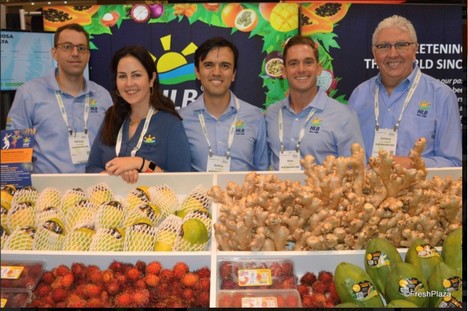 The HLB team at this year's PMA Fresh Summit.

Building the company on papaya imports
HLB Tropical Food was founded in 1989 just outside of Frankfurt when Homero Levy de Barros moved from Brazil to Germany. At the outset, the company imported fish, but in 1992 they shifted their focus to importing tropical fruits. Melissa Hartmann de Barros is the company’s director of communications, and Levy de Barros’ daughter – the company remains family-run today. She explains: “In the 1990s HLB was able to transition the papaya from being a niche item to becoming a staple in the market by changing the way in which it was imported and marketed. Specifically, we began importing it by air with more maturation which allowed for better flavors and aesthetics.”

Still family owned
Thirty years after the founding of the company, it is still led by the family. Hartmann de Barros is the daughter of Homero Levy de Barros, the company’s founder, and works as the Director of Communications for the HLB Specialties branch. She shares: “In July, Homero’s son, my brother, Lorenz Hartmann de Barros moved to Germany with his family and became the CEO of HLB Tropical Food. For the HLB Specialties branch, Homero has taken a step back and his son-in-law, my husband, Andres Ocampo has taken the role of CEO.” 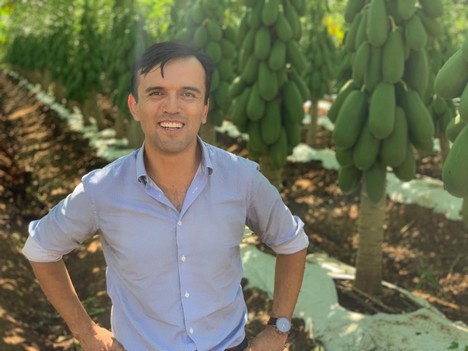 Andres Ocampo is the current CEO of HLB Specialties.

In the 1990s, the company helped promote their tropical fruits through their displays at trade shows such as Anuga and Fruit Logistica. Hartmann de Barros says: “We participated in trade shows with big papaya and tropical fruit displays. Prior to us doing this, you wouldn’t see big papaya displays. There would be a few boxes here and there, but nothing comparable to what we were doing. This really helped bring the fruit to people’s attention and created interest, which led to solid demand and market growth.”

Continued growth
A few years ago, the company moved to its own warehouse in Germany, which helped them both solidify and expand their market position. “The warehouse for HLB Tropical Food is right next to the airport, which is really convenient. Having our own space means that we have much more control over our products and our orders. We can customize the orders and control the ripening and conditioning of the fruit much better. We can also make mixed pallets, which means we can offer much more variety for our customers and ensure that we are offering the best service possible to our customers.” 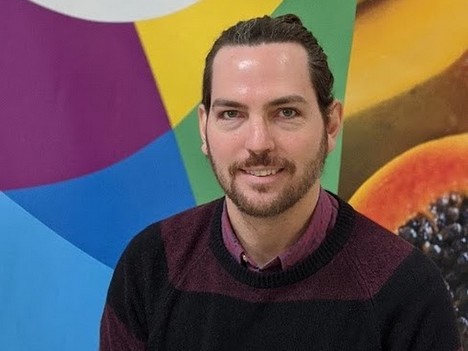 Hartmann de Barros concludes: “In 2020 we are focusing on expanding our offering of tropical fruit varieties. We are also looking to help improve our product’s shelf-life through improvements and innovations in packaging. HLB continues to concentrate on tropical fruits for the North American and European markets and strengthening the companies in both continents with a dedicated team of knowledgeable and passionate people to take the brand into the next 30 years.”