As California stares down potentially five days of rain and with some rain totals estimating as much as between .25 to .50 inches, California strawberry production may be impacted.

“With that on the horizon, it will probably signal the end of the California fall-crop season,” says Dave Akahoshi of Plan Berries Inc. in Santa Maria, Ca., who notes that production is currently coming out of the Santa Maria and Oxnard regions.

This is on top of the last round of rain the region recently experienced, although Akahoshi says the berries have rebounded from that weather. “But there’s still been a significant amount of quality issues found in the fields from that,” says Akahoshi. “It was steady periods of rain over the course of five days and it brought cold temperatures with it. And on the days we didn’t see as much rain, there wasn’t really any sun so it didn’t help with the production levels.” 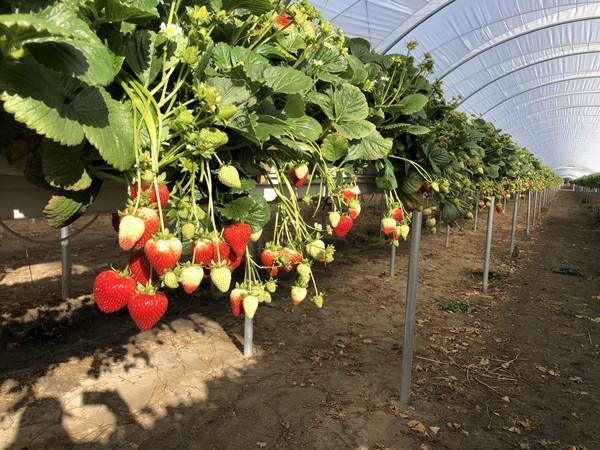 Rainy start to the week
This time, he adds that starting Sunday, the region is facing potentially more than two inches of rain until Friday. “That’s not insignificant when talking about growing strawberries. Plus the main variety, Portola, doesn’t handle rain very well,” he adds.

Excessive rains of course bring about issues such as bloated berries, bruising and potentially pin rot and some growers may try to pick ahead. “The issues that come from that is can get a mixed bag of quality of fruit. That’s when you see a lot of the white shoulders on the berries or pale colors being packed and sold,” says Akahoshi, adding that Plan Berries invested heavily in table-top farms which leaves them more stable than most. “The investment brings more stable pricing, quality and supplies regardless of what the weather is doing,” he says.

The rain is potentially another issue on top of current shorter daylight hours. “Day length is as important as weather per se,” says Steve Johnston of G.W. Palmer & Co. Inc. in Salinas, Ca. “When you’re at the shortest days of the year, berries don’t ripen as quickly as they do on long days. So California cold plus shorter days equal a slow ramping up on strawberry production.” 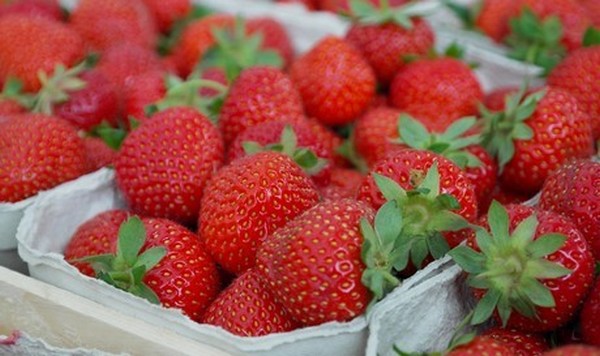 Fall-planted advantages
That said, Johnston isn’t as concerned about next week’s rains. “Anything hanging right now in California on fall planted fruit is very hearty. There’s nothing better than the first berries off the fall-planted crop—they have deep flavor and are hard so they travel well,” says Johnston, who notes production on these berries generally begin between Christmas and New Year’s. “We typically get rains around this time and it isn’t predicted to be that heavy. So I don’t think they’ll hurt the berries at all.”

As far as the impact on pricing, Akahoshi thinks it will remain steady for now. “This time of year you’re dealing with a mixed range of quality from Mexico. California is hit and miss depending on when the next storm comes,” he says. “But this will add pressure to Mexico because everything out West will shift to loading in Texas and down in San Diego for the Baja crossings.”

He also adds that two factors need to be considered with regard to pricing: the strength of the pricing last year at this time along with news from many Mexican growers that there have been a lot of issues with early crop failure on plants for this season. “I see no reason to believe this winter will be any less volatile,” he says.

Johnston adds that while pricing is high right now between $24-$26 FOB, it’s likely to come down soon. “In the short run, it’ll be light supplies. But after Christmas and New Year’s, things stagnate,” he says. “The market will come down because everything slows down in January. Plus Florida and Central Mexico will increase supplies in January which will also bring the prices down.”