US Maritime Alliance CEO receives Person of the Year Award

The New York/ New Jersey Foreign Freight Forwarders and Brokers Association has named David F. Adam, Chairman and CEO, United States Maritime Alliance (USMX), as its 2020 Person of the Year. Mr. Adam will be honored at a gala dinner on February 6, 2020 at the Sheraton New York Times Square Hotel, which is a new venue for the event. 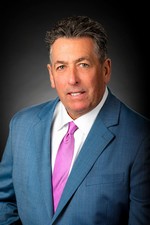 Serving as the maritime management group's representative in Master Contract bargaining with the International Longshoremen's Association, AFL-CIO (ILA), USMX is responsible for the administration of coast-wide fringe benefit funds and programs that are part of the Master Contract. Other responsibilities include the articulation of various industry positions on regulatory and safety issues; the oversight of coast-wide training and retraining, and certification/recertification programs.

"An effective maritime labor leader, Mr. Adam is known for his commitment to ensuring continued labor peace in our ports," said Mr. Skinner. "He has a proven track record of balancing the needs of multiple stakeholders, including USMX members, BCOs, supply chain partners and the ILA."

The dinner is a large industry event in the United States and is attended by executives and representatives of the ocean carriers, forwarders, brokers, terminal operators, government and the many ancillary industries.