Purple sweet potatoes not as well known to Canadians

The purple skinned/purple fleshed potatoes come from both China and California and have ample availability, though California got a later start due to weather.

Demand for the potatoes continues to be even, despite the consumer interest in purple items. “A few years ago, purple was the trend because the color is associated with antixoidants,” says Helen Tsai of Monco Produce Inc. in Toronto, Canada. “It’s quite an interesting item for people because of how vibrant the purple on the inside is.” 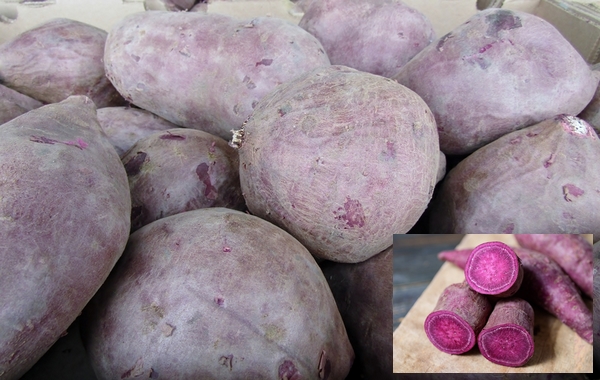 Variety detection
That said, she does note an issue with consumers—namely that they have a hard time determining which potatoes are actually purple on the inside (as opposed to white-fleshed/purple-skinned sweet potatoes, which are another variety). “I’m sure more marketing can be done on this item because otherwise it’s on the shelves with all the other potatoes and people can’t tell which ones are which,” says Tsai.

This is particularly so in Canada. “Purple sweet potatoes are a bigger item in the U.S. They’re just not as well known in Canada compared to other countries,” she adds. The variety, which is sold loose and in bags, is available in some national grocery store chains as well as ethnic supermarkets.

That said, this year, pricing on the potatoes, which tends be higher on product out of California, has increased. “It’s higher compared to last year by quite a bit and I’m not sure why,” says Tsai.