“For the first time ever, grapes are picked on 11 December in the Hex River Valley,” says Jacques Beukes of Modderdrift Boerdery, a table grape grower-exporter outside De Doorns in the Western Cape. 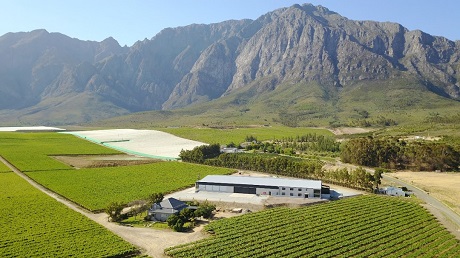 “We started yesterday picking Starlight Seedless and we're the first ones to harvest in the Hex. I expect other producers will start getting their harvests underway from next week onwards. The previous record starting date was 16 December, around four years ago. The season in the Hex River seems to be nine days earlier than usual.”

It’s difficult to say why, he says: climatic conditions were nothing out of the ordinary, but it could be an after-effect of five or six years of below-average winter rainfall.

Very little red seedless currently on the market
“There’s definitely an opportunity in the market since the Orange River isn’t at its peak yet, and volumes from the Orange River and Namibia are down, so for the next two weeks there’s definitely a chance to earn a little bit extra. We start with Sweet Globes in week 3, so later on there could develop some pressure on two or three areas, but we’ll see how it plays out.” 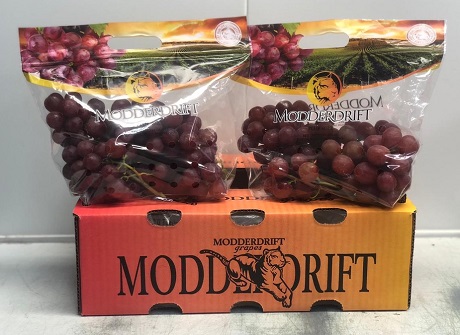 The grape market has also been loosened by heavy losses in the central north of South Africa where the harvest has been interrupted by persistent rain, over 300mm in some areas. “Our hearts really bleed for the grape growers in the north,” Jacques says.

Usually Modderdrift starts packing in week 52 to service its UK retail programmes. “We informed the market that we would be early and they’ve actually welcomed it with open arms because there’s very little red seedless currently on the market.”

He expects that by week 13 there won’t be a lot of fruit left in the Hex River Valley, where the season has in the past extended to weeks 18 or 19.

Modderdrift aims at exceeding a million cartons this season
They reserve two-thirds of their crop for the UK retail sector, where they did very well last year. 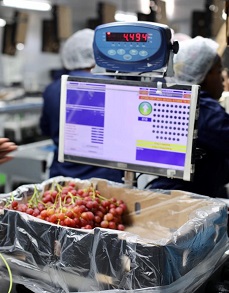 “We can bank on 65% of our crop because we know where it’s going and we negotiate our programmes prior to the season. You have to decide with what level of risk you’re comfortable. That leaves us with another 35% with which we can play, a little bit to Canada, a little bit to the Far East and to Europe.”

There might be a bit more to play with this year: Modderdrift is hoping to exceed the million carton mark (4.5kg equivalent) this season.

The Hex River specialises in red seedless grapes (comprising half of Modderdrift’s portfolio), with 20% black grapes and 30% white (Sweet Globe, for instance). Crimson, in line with general Hex River vineyards, composes almost a third of their volumes. “Crimson is always and everywhere in demand.”

Starlight Seedless will now be followed by Arra29 and Sweet Celebration and Tawny Seedless.

Benefit from weakening Rand against British Pound
He notes that South African exporters could derive some benefit from the Rand’s exchange with the British Pound (R19,40 to the Pound at the moment versus R18,00 exactly a year ago); the rate with the US Dollar has remained more or less the same.

“I have to add that the market prepared itself for the same level of volumes as last year and price levels have consequently reached a ceiling, they can’t go higher, but from our perspective it can be improved by the exchange rate."

"After a year like last year," he continues, "the market doesn’t right itself after just one or two seasons. But our clients know what they have in us, which is a commitment they don’t get from the Peruvians. They easily jump ship while we build up relationships over many 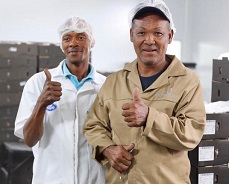 years. We have found that when you have a good product, clients come to you.”

Jacques also refers to the excellent production and ethical standards of the South African grape industry, allowing for full traceability which clients as well as customers like, he says.

“It’s a good average harvest in the Hex,” Jacques concludes. “For the moment the global grape market looks empty, but we’ll have to wait and see.”