"Customers are still too attached to last year's Conference prices"

“It has been very busy in recent days as we are loading Conference for the new year. Most of the demand for pears comes from the former Eastern Bloc countries," says Tim Pittevils of BP Fruitcraft. “The prices are relatively good compared to last year. We are around 62 cents for a well-stocked, large-sized Conference pear. These aren't spectacular prices, but we can be satisfied with this. " 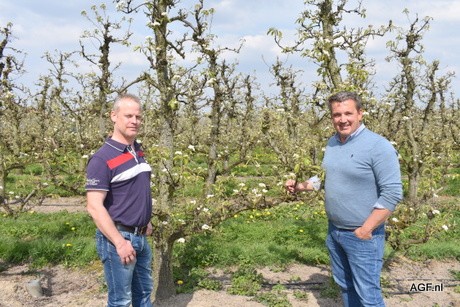 According to Pittevils, the opportunities for improving prices are still there, but it remains to be seen whether or not they will become a reality. “The quality of the pears is much better this year than it was last year, which creates opportunities. The disappointing pear harvest in Italy also creates opportunities. The only problem this year is that customers are still thinking too much about last year's low prices, which means that they see the current pear prices as high. ”

“Although Eastern Europe is currently strong on the market, demand from England and France is disappointing. On the other hand, large volumes are going to Germany and we hope that Italy will soon start demanding Conference pears, "says Tim. "There are opportunities for a good pear market, but it remains to be seen what will happen after the New Year."