"This year pomelo season is shorter than other years"

China’s pomelo season is for most people coming to an end. The weather this season had a large influence on the start and end of the season. Mr. Henry Wang from Jiutai Modern Agriculture Co. Ltd. explained this year’s situation:

“This year the pomelo season started later than last year, but ended earlier. Because of the dry weather in the weeks before the harvest, the trees had not enough water supply. Therefore the season started a week to ten days later compared with last year. Furthermore, this weather also influenced the output, which was a bit lower, therefore the season ended earlier than normal, 2 to 3 weeks earlier. Therefore, this year the season is a bit strange.” 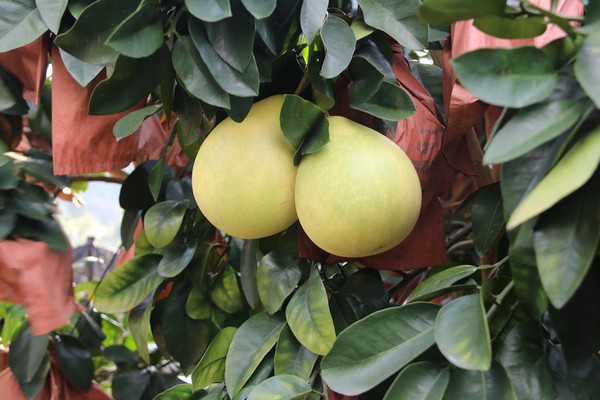 “The overall demand for pomelo is still very high. At the beginning of the season, the price was quite high, but it dropped again. This is because some companies harvested the pomelo too early. They harvested the fruit while it was not ripe yet, so the taste was also not on the right level. This influenced the market, as consumers ate pomelos which had not an optimal taste yet. Therefore, after a bad experience consumers were more hesitant to buy pomelos. We waited for the right time to harvest the pomelos, as that will bring the best quality and taste for the pomelo. This year our total output was 25,000 tons.”

Jiutai Modern Agriculture Co., Ltd. sells its pomelo on the domestic market and abroad. “We export to Poland, France, Romania, Dubai and Belarus. Even though our productivity went down this year, our overall export volume is comparable with last year. We have made some new partnerships with some supermarkets, and this season we will export totally about 200 containers. I expect that the pomelo price in Europe will increase after Christmas. Currently, there is still a lot of stock, but after the holidays, I expect the stock to be lower, but demand will remain, so the price will go up then. After the holidays, there will also be less pomelo available for the European market, as they have high-quality requirements, but most of the high-quality fruit is already sold. Only some pomelos from Sichuan could be exported to the Russian market.” 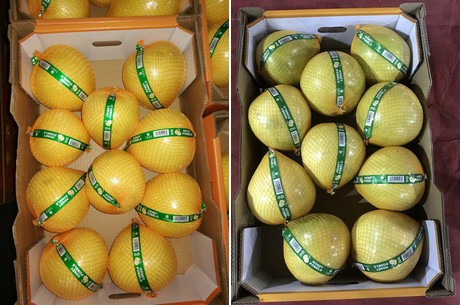 Besides pomelos, Jiutai Modern also sells other products abroad and on the Chinese market. Last year they imported large amounts of Polish apples, though this year the conditions are quite different, as Mr. Henry Wang explains: “This year the Chinese apple prices are quite low, while last year there were very high prices. Therefore it is harder for us to compete in the Chinese market with Polish apples now. We will still import some because there is still demand for Polish apples in the high-end markets, though it will not be the same amount as last year.” 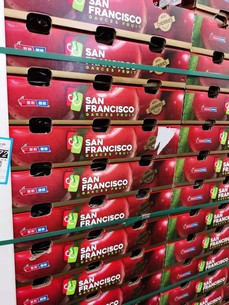 Jiutai Modern also imports Chilean cherries. While there were many protests this year in Chile, Mr. Henry Wang is hopeful that the situation will become more stable.  Some measures were taken by the government and cherries association to keep cherries shipment on time. As he mentioned: “The cherries will still arrive in the Chinese market, though some shipments might come with a small delay of 1 to 2 days. This is not a problem, as there is still a lot of demand for cherries in the Chinese market. We import our cherries through sea shipments, the first container arrived at Hong Kong on the 6th of December in the afternoon. Our first containers will be sold in the Guangzhou wholesale market and some will also go to Jiaxing."

"I expect that this year the price will be a bit lower compared with last year. The season will be shorter, since everyone wants to sell before Chinese New Year. They said that the export volume will be larger this year, about a 15% to 20% increase. Therefore I think the price will be more competitive and will be lower than last year, because there is more fruit to be sold in a shorter amount of time.”