With the Italians having fewer volumes and smaller sizes available, this could be a good time for the Greek kiwis to make a stand. Despite some weather issues during the spring, one Greek kiwi exporter is looking to the new season with optimism and positivity.

The kiwi season in Greece is looking quite optimistic, says Christos Mitrosilis, CEO of Greek fruit exporter Mitrosilis S.A. “We see less volumes available in Italy, which is a good thing for us. They also seem to be having some issues with larger sizes. On top of that the market is currently empty, as countries in the Southern Hemisphere, like New Zealand and Chile, have ended early this season. So all in all the prospects look really good.”

According to Mitrosilis, the Greeks do not have the same issues with their kiwis that Italy has to deal with. “In Greece the quality of the kiwis is really good this season, even better than last season. There are less larger sizes available, but all in all the season looks to be a normal one and Mitrosilis has all sizes available for its clients. We ship them worldwide, we send about half of our kiwis to European countries and the other half makes it all over the globe.” 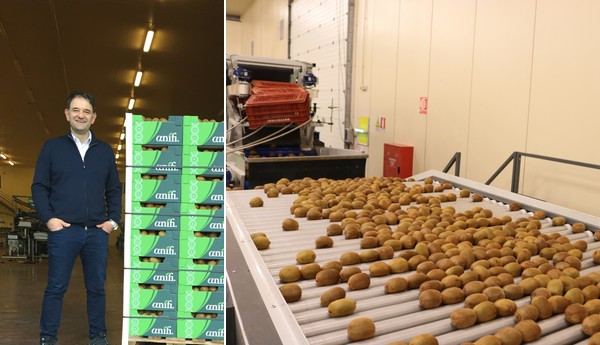 The weather did create some issues, as the fertilization of the kiwis did not go too well. For Mitrosilis this meant they had to be very critical of their fruits and discarded anything that was not up to par in terms of quality. “We also invested in a new cooling facility, which allows us to store up to five million kilos of kiwis at the same time. This investment will help us maintain our quality, which the Greek growing area is known for. All in all we’re looking at 2020 with a very positive mindset.”

With only another month to go until the new year starts, Mitrosilis S.A. has set some clear goals for itself to grow: “For 2020 our goal is to ship four million kilos of kiwis. However we do more than just kiwis. We also export citrus, grapes, peaches and watermelons. We introduced the watermelons for the first time last year and shipped 3 million kilos. For the upcoming season we intend to increase that volume.” Mitrosilis concludes.