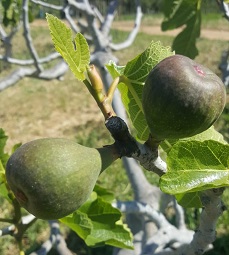 Good winter rains and very hot summer weather in the Cape are boosting the onset of the new season for Yukon’s baby fig range.

The harvesting of the ‘Bourjasotte Noire’ variety, locally called Evita, starts in the second week of January (right: the ripening figs).

From January volumes will pick up until mid-February and will run strongly until mid-April, with a peak in March.

"Many of our farmers farm exclusively with figs and their income relies almost solely on the fig crop. The smaller figs often are more juicy and have better flavour and we decided to give these flavour bombs their own platform. In order to offer our customers a long supply window, our fig production is spread from west to east across the Western Cape."

While South Africa is competing with the large-scale fig producers from Brazil, Chile and Peru, the country is closer to the market and, Danwille says, a flavour advantage, which is their competitive edge.

Baby fig following growing
"Over the past three years’ we’ve built up a following with this cute product and we’re experiencing good growth," he says. 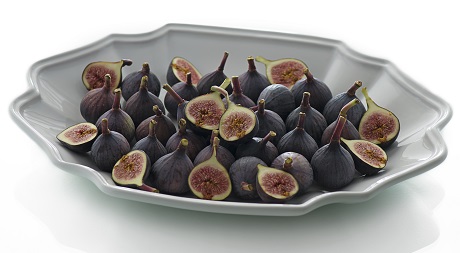 The miniature aspect of the baby fig line has proven to be appealing to Swiss and Russian consumers, both markets where they are happy with their year-on-year growth.

“Because it is so small, it becomes a convenient snack. Instead of taking one bite out of a large fig, which you then have to finish up, you have a couple of smaller bite-sized figs which you can casually snack on throughout the day.”

In France and Germany, they ship to their specialist buyers within the gastronomy sector, to which a baby fig naturally lends itself, he says. “We understand fine dining because we’re a specialist vegetable, edible flower and microgreens producer. Baby figs have a number of advantages: they have good flavour, add beautiful colour to a dish and because of their miniature size, plating is quick and efficient.”

“South Africa’s agricultural sector needs crops that provides a point a difference on both value and employment,” Danwille says, “and I think figs could be one of these crops.”