"It is definitely a different season than last year”

Spain faces a difficult year in terms of its citrus quality and volume. This is according to Mehdi Haddadi of Dutch fruit and vegetable wholesaler, Med Fruit. “There is a discrepancy between expectations and the amounts of Clementines and Navels now being harvested. It was already evident during these fruit’s blossoming season that there would be very little fruits on the trees. This news only reached consumer countries later. There is a massive shortage of, especially, mandarins.” 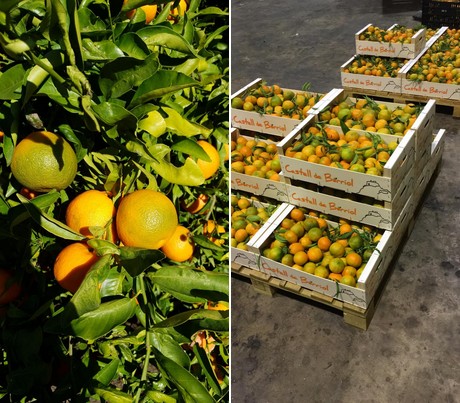 Medhi admits that last year, there was a general overproduction. “Where, usually, 30 tons are harvested, 60 tons were picked last year.” Overproduction in one year affects the next year’s production. “The trees are tired and carry less. This is a natural process, and we can expect lower volumes this year.” For mandarins, this means 60 to 80% lower yields than usual. This year’s extremely low mandarin volumes also have to do with last year’s dismal prices.

Some growers decided to prune their trees instead of harvesting this year. This decision was made due to cost reasons. This further negatively affected mandarin production. “Farmers are cultivating almost nothing this year.” This is causing problems with delivery. “There are all sorts of delays, and the containers are not getting filled, thanks to the small crops.”

Mehdi says Navel harvest forecasts are about 30% lower too. These oranges also took a long time to color. “This fruit did not color well due to the hot weather.” This heat, however, has did not affect this citrus fruit’s quality. “When it comes to Brix levels, the Navels, as well as the mandarins, are fantastic. This is true for their taste as well.” They also have good sizes. “The fruit that has been harvested are of good sizes.”

Low volumes, high prices
These shortages are benefiting prices, which are high, says Haddadi. “We usually start the first weeks off quite high with Satsumas and Okitsus. When the larger Clementines volumes begin, the prices drop. But prices are high now.” Wholesales prices are between €12 and €17 per 10kg box, says Mehdi. To compare - last year, prices were at around €8,50.

This trader expects fewer mandarins to be found on supermarket shelves, due to the low supply. He says the Netherlands is used to dealing with Spain and Morroco when it comes to citrus. Mehdi does not think products from other countries will quickly enter the Dutch markets. The Netherlands much prefers Clementine mandarins and these come from Spain and Morocco. He does not exclude the possibility of these high consumer prices leading to fewer sales. 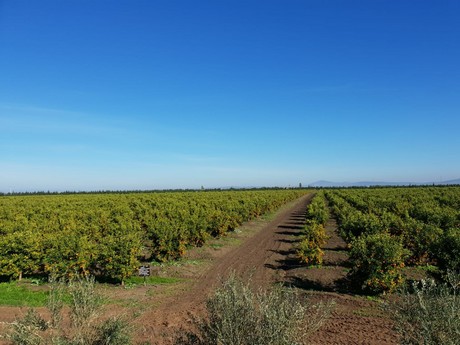 Nostalgic
Haddadi does, however, admit that the demand for stem-and-leaf mandarins is on the rise. “We began with these in 2009, and we had to try our utmost to convince our clients of this product. Consumers, however, responded well.” Back then, there were no machines to sort this stem-and-leaf citrus variety. That is why there were often three different sizes in one box. Since then, Spanish producers have obtained sorting machines. Stem-and-leaf mandarins of the same size are now delivered in one box.

“Mandarins that still have their leaves attached look beautiful. It is quite a nostalgic product for ethnic shoppers who were familiar with these products in their homelands.” It used to be mainly wholesalers who bought this product. Now, supermarkets are also taking these stem-and-leaf mandarins. 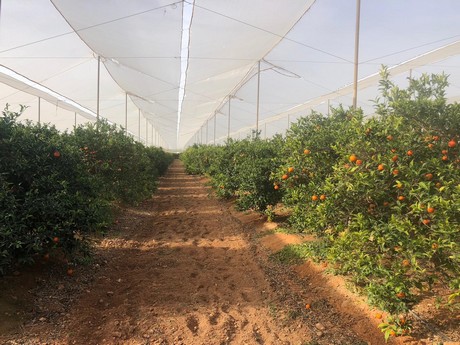 Small scale farmers
Prices may currently be high, but this will not make up for this year’s meager volumes. That, combined with last year’s low prices, is creating an unpleasant situation for many citrus growers. Mehdi has seen that some Spanish farmers have decided to grub up their mandarin trees.

“There are many small-scale plantations in the Valencia region. These range in size from a half to two hectares, so relatively small. If these farmers have two or three bad seasons, they can no longer afford to grow citrus.” Mehdi says these small scale farmers are part of the Spanish culture, and there are many of them. “If they disappear, the volumes disappear,” he concludes.