“Limited supply of mushrooms for the end of this year”

There is a peak in the demand for mushrooms for the holiday season. According to Chris Chamballu, commercial director of France Champignon, the consumption is much higher than the production. “We may not be able to satisfy all the demand. There is especially a lot of pressure from supermarkets, and prices are increasing. The high demand for mushrooms recurs every year in December. Yet, the production has not increased.”

The mushrooms of France Champignon are sold everywhere in France, but the company’s activity is concentrated in the Grand Ouest (Brittany and Pays de la Loire). “The Grand Ouest is our original basin. We try to favor short-circuits to meet the demand from the consumers. And since the demand exploded, we do not have enough mushrooms to be able to sell them at the other end of France.”

Between November 2017 and March 2018, 162 tons of Polish mushrooms were sold as French mushrooms. The company in question was fined for deception and lack of traceability. Chris is not sure if this will have consequences for the French mushroom market. “There may be fewer foreign mushrooms around. It could be another reason for this high demand.”

Most of the mushrooms on the market are sold in black or blue trays. France Champignons packs its products in green trays, to make a clear distinction between the mushrooms 100% French and the other mushrooms.

The company is also active on the market of processed products, and offers appetizer mushrooms under the brand “Les p’tits marinés”. The products are sold in Système U supermarkets. “We are already present in the stores of the Loire Valley. For the moment, it remains a regional product.” 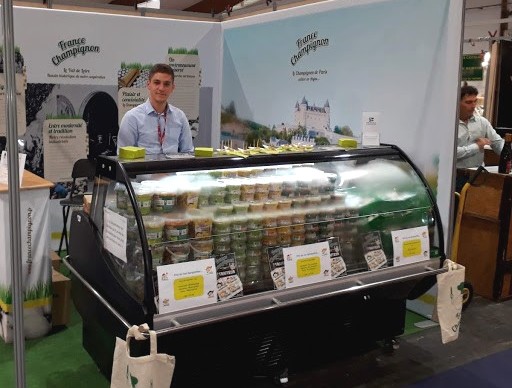 On November 23-24th, France Champignon attended the Wine and Gastronomy Fair of Angers to present its range of “p’tits marinés” to the consumers. Visitors of the fair tasted and bought more than 2,000 little trays. 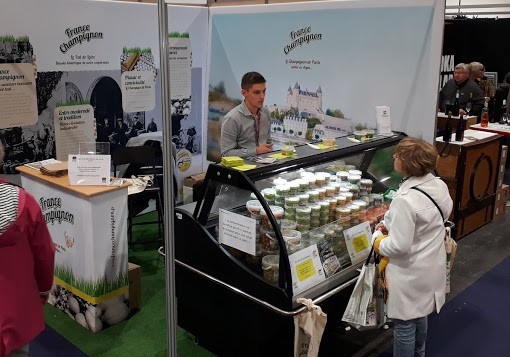 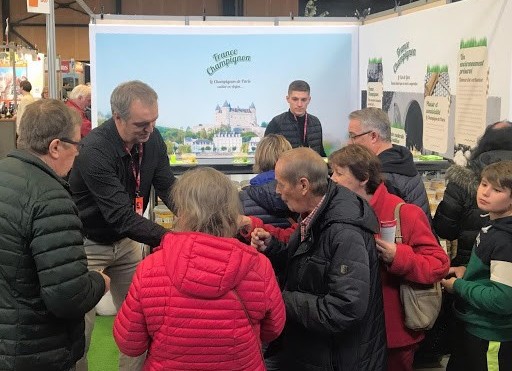