In 2018, President Trump began imposing tariffs on imported goods to encourage domestic manufacturing. In March of 2018, President Trump imposed heavy tariffs specifically on Chinese goods, with the intent of fighting unfair trading practices carried out by China. In June of 2018, upon further imposed tariffs being revealed, China responded by imposing their own tariffs in return. 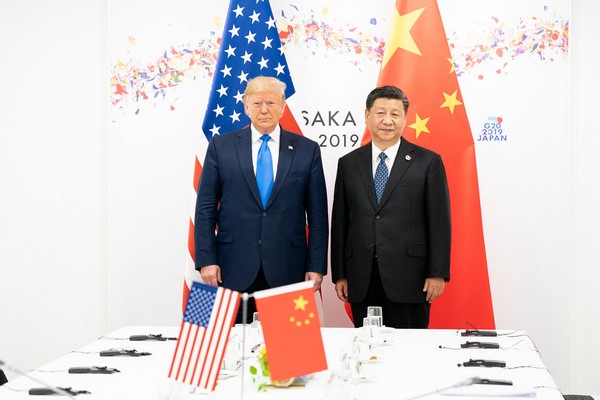 This set off a series of retaliatory tariffs, which have not been without effects on the global markets. While these tariffs were originally intended to help boost the American economy by encouraging the use of domestically produced goods over imported ones, many farmers are left feeling like collateral damage in the trade war.

Effects on US prices
Due to the tariffs, prices in both China and the US have been affected. The costs of importing US fruit into China have of course risen, and so the costs of these fruits on the Chinese market have gone up. In the US, prices of specific goods have also risen in response to the tariffs, and Agriculture Commissioner Nikki Fried said: “Tariffs not only make American exports less competitive, they make American families pay higher prices”.

Some products have actually seen lower-than-usual prices, also as an effect of the tariffs. Californian citrus, for example, is being imported into China at much lower volumes than usual because the prices are so much higher due to the tariffs. This means that the product that would usually have been sent to China is now being sold domestically, flooding the market and plummeting the prices.

Industry impact
In 2017, US exports of fresh fruit to Hong Kong and China were valued around USD$544.5 million. The time period of January – June saw an 18% decline when comparing the numbers from 2018 to the numbers from 2019. On September 1st of 2019, the Chinese tariffs on US apples, pears, cherries and potatoes increased by an additional 10%. Since 2017, the number of exports certificated for Oregon cherry shipments to China have dropped by half, and a loss of USD$86 million is expected for the state. 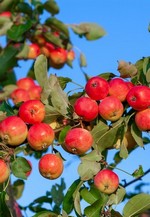 The US apple industry has also been seeing some significant changes in their numbers due to the trade war. The Washington apple exports are off 22.1% for the 2018-2019 marketing season, compared with the previous year. Scott McIlrath, a grower in Washington’s Yakima Valley, says that he used to average around 70% exports but that number has now dropped to 15% and that certain varieties, such as the red delicious, have dropped so much in price that it was more profitable to stop growing them. Another Washington apple grower says that the taxes are killing the apple farmers, and that the farmers are collateral damage in this war.

Opportunities for other exporters to enter Chinese market
Since the prices of US fresh produce are high due to the added tariffs, many Chinese importers are looking toward other countries to fill their orders, meaning that the tariffs opened up many areas of China to non-US growers. One Chinese company explained that they have changed gears and reduced their import volumes from the US for tangerines and have turned to the Australian market to supplement their stocks.  With the tariff increase of September 1st, the tariffs on cherries rose up to a total of 70%, which led to a significant decline in market demand. Now China is turning to other markets such as Canada and Chile. Fruit distributor Sunmoon Food Co. saw the opportunity and now ships navel oranges from Egypt, kiwis from Italy and apples from Poland into China for the first time ever.

The US cranberry market is also heavily affected by the tariffs. In the past five years, the US successfully put a high focus on expanding their market presence in China and in 2018 China was the largest buyer for US cranberries at almost USD$55 million. Data shows that this year the numbers have changed, and that many Chinese companies have switched from US to Canada and that high volumes of cranberries depreciated the prices. Cranberry growers in Massachusetts are experiencing many challenges in trying to sell their bumper crop this year. 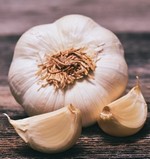 The garlic growers in the US have actually seen positive results from the tariffs. In 2018, a 10% tariff was imposed on the garlic imported from China, and on May 10th 2019 this tariff increased to 25%. The US garlic industry has been experiencing major pressure in the past few decades from the multitude of supplies entering the country from China. The Chinese products flood the US market at a loss in order to win market shares that will become profitable in the future. This activity has put many American farmers out of business. The tariffs imposed on Chinese garlic entering the US market brought relief to the American domestic industry.

End is not yet in sight
In late November of 2019, President Trump signed legislation supporting the Hong Kong protesters, which aggravated China and made a solution to the trade wars seem an ever-more distant prospect. 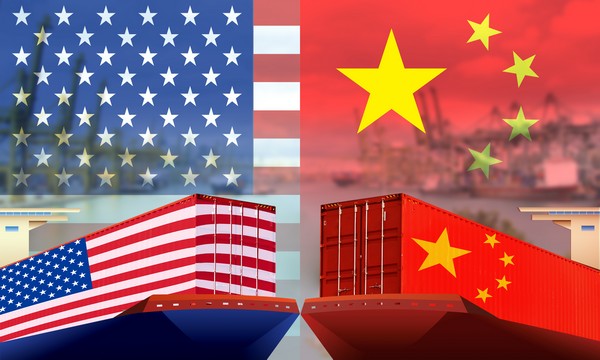 The US-China trade war set off in 2018 and saw many new developments in 2019. Unfortunately, the creation of retaliatory tariffs hasn’t yet come to a halt, and 2020 will likely see continued developments.