Polish apple farmers are already storing their apples in cold storages, waiting for better prices for their produce. It makes finding high quality apples even harder and the prices of Polish apples have already doubled compared to the previous season. Lower volumes and diseases are the main cause of this price increase.

Despite the lower volumes spring frosts and other challenges, Polish apple exporter Sarafruit has shipped similar volumes as last season, says Mohamed Marawan, CEO of the company. “As we’ve predicted since the start of the season, overall volumes of Polish apples have been really low. This isn’t just the result of the spring frosts and bumper season last year, but also the financial aspect. Last season apple farmers received very low prices for their produce, which has led to them not spraying their orchards as much as they should have this season. So it shouldn’t be a surprise that diseases have hit the orchards, damaging a portion of the apple crops this season.” 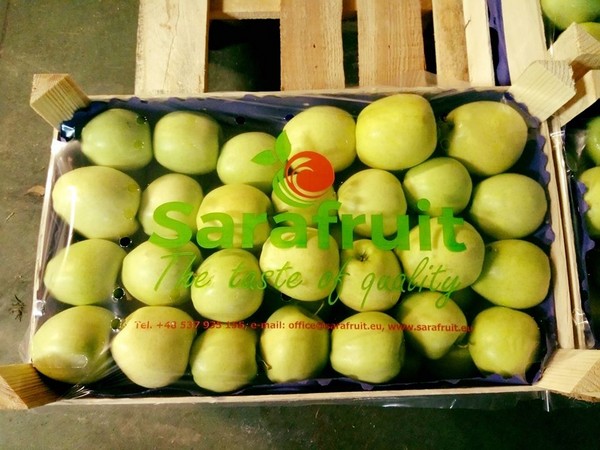 According to Marawan, high quality apples are not easy to come by due to the damages and diseases. “Quality is the real issue and it’s only going to get worse. Farmers are already stashing their crops in cold rooms to wait for even better prices. Yes, even better. The prices are currently about doubled compared to last season and locking the produce in cold storage comes with risks. We’ve already visited farmers who found rotten apples in their cold rooms, losing even more volumes. Last year I predicted the price would not go higher later in the season, but this season is different. Prices could indeed increase even more, but I’m not sure the risk of losing quality is worth it. It’s really hard to find high quality apples on the Polish market right now and storing them makes this even harder.”

For Sarafruit the apples are still being sent to Egypt at a steady pace. “The Egyptians still love the Polish apples and demand is quite good. However they’re also eyeing the Italian apples, which they’ve become familiar with as well. Luckily for us, the Italian apples also have high prices and apples are also being stored in cooling chambers. So far it’s been an exciting season, but I am confident that Sarafruit will sell all its apples without a problem.” Marawan concludes.