With effect from 21 November, kiwis are officially available to be exported to South Korea for the 2019/20 marketing campaign. It represents an important achievement, as a result of the on-site audits carried out by the Korean authorities from 4 to 8 November in 4 fruit orchards and factories, selected as samples from those included in the official directories, in Veneto, Emilia-Romagna and Lazio, namely Frutta C2, Consorzio Frutteto, Agrintesa and Agrilepidio.

The on-site inspection is an annual audit established by the bilateral agreement signed between Italy and South Korea back in 2012 for the kiwi season opening to export. According to the announcement released by the Italian Ministry of Agriculture, the recent audit resulted to be very successful, planned in such a way to enable an effective evaluation of the management of the plants, as required by the protocol. With regards to the future, the Korean inspector in charge found that this inspection should continue to be carried out every year before shipments are started.

"In the same way as CSO Italy, we are satisfied with this outcome and especially appreciate and express our gratitude to ICE for their support, as well as the companies that offered to host the Asian authorities, the Servizi Fitosanitari of Veneto, Emilia-Romagna and Lazio, and the Ministry", said Simona Rubbi, head of international relations of CSO Italy.

"I recommend that all operators - added Rubbi - always pay the utmost attention when exporting to long-distance and challenging markets, while keeping in mind a heightened sense of collective responsibility. 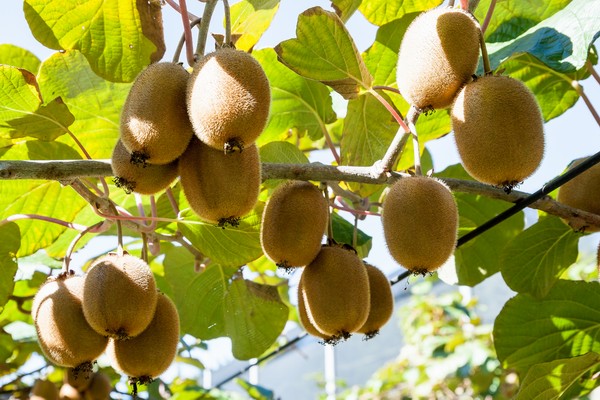 Equally positive news arrived from Columbia, which reopened its doors to our kiwis after three years. In 2016 the Italian product was banned after having detected Amblyseius Andersoni and Allothrombium, considered harmful mites.

"As a result of the negotiations and the submitted documentation, with the support and collaboration of some member companies, CSO Italy is pleased to announce that the South American authorities have accepted the proposals in November 2018," declared Rubbi.

"Noting that the above mentioned agreements do not include cold treatment, Italian exporters will have to request import permits through the SISPAP platform (Sistema de Información Sanitario para Importación y Exportación de Productos Agrícolas y Pecuarios), in addition to implementing all the monitoring, cleaning, and brushing of the fruit, aimed at ensuring the elimination of harmful micro-organisms, especially those affecting the external part of the fruit. The traceability of the product must also be ensured by keeping records and through the cleaning of the materials and packaging'.

Operators are also required to secure processing and loading areas to avoid insect and pest infestation. For that which concerns official controls, the Italian phytosanitary inspectors will have to check a sample of 600 fruits per batch before shipment, in accordance with the ISPM 31 standards.