On November 6th, 2019, the "Coltivatori di Valori" project was presented, making Pdo potatoes from Bologna fully traceable. A QR code can identify the specific producer and field where the potato was grown. 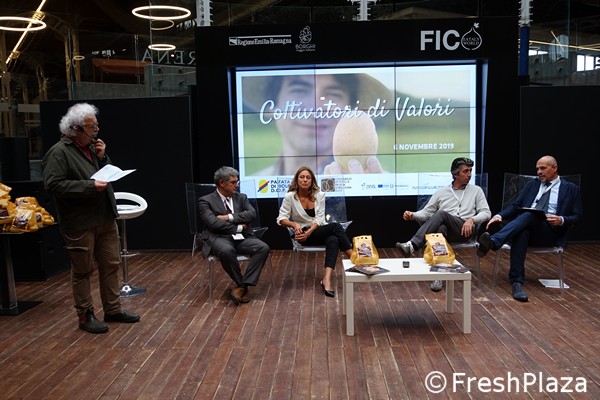 "A QR and Traceablity code can be found on each bag. The Traceability code must be entered after scanning the QR code or accessing the website," explained president Davide Martelli. 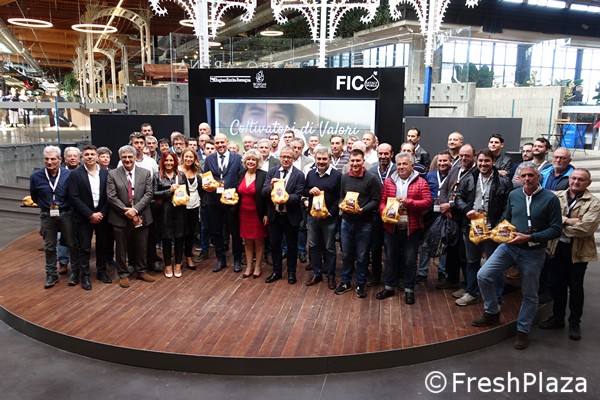 Group photo with the producers

"Consumers will then access a page entirely dedicated to the producer and field where the potatoes were grown. The page also features information on cultivated hectares, curiosities and the history of the producer and land. On the website it is also possible to search growers per municipality or browse grower pages on the photo gallery." 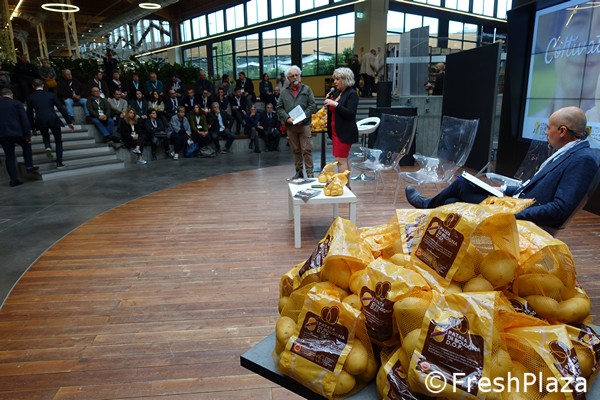 Around 11 thousand tons were harvested in 2019. The Consortium gathers 18 partners and 64 producers. The production area is within the Bologna produce. Various producers attended the presentation at Fico. 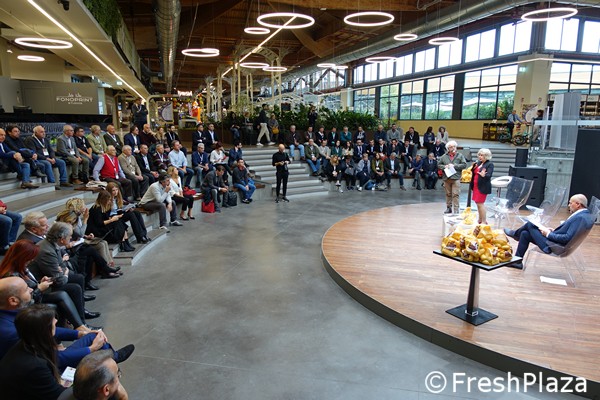 A moment during the convention

The convention was moderated by TV host Patrizio Roversi and included a debate among Davide Martelli, university professor Filippo Arfini and two producers. 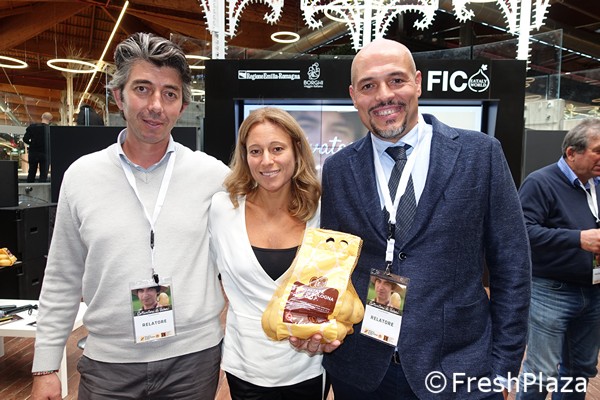 "We are extremely proud of this project, as we wanted to be fully transparent with our consumers.The consortium gathers exclusively producers who adhere to the inspection plan, with land in the Bologna municipality and monitored by Organo di Controllo dei prodotti a denominazione d'origine". 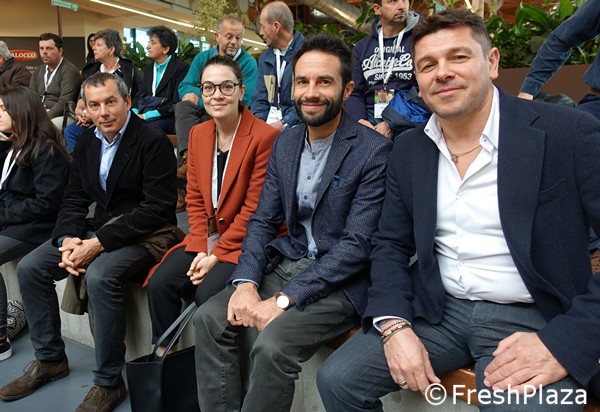 The Selenella team. President Massimo Cristiani on the right

"The initiative aims at promoting PDO potatoes from Bologna as well as the world of producers combining agricultural tradition and innovation. Traceability becomes the calling card of a product that keeps growing promoting its territory and history," concluded regional counselor for agriculture Simona Caselli.