"With UNO, we can create added value for our clients and Spanish shippers"

Nowadays, almost the entire Spanish fruit and vegetable assortment is available under the UNO brand. The Dutch multinational fruit and vegetable wholesale company, Aartsen, introduced this label ten years ago. From mandarins to cucumbers, from artichokes to cherimoyas - this importer packs them under the UNO trademark. But then, always products from the crème de la crème of Spanish goods. They do so at their site in Breda, the Netherlands. 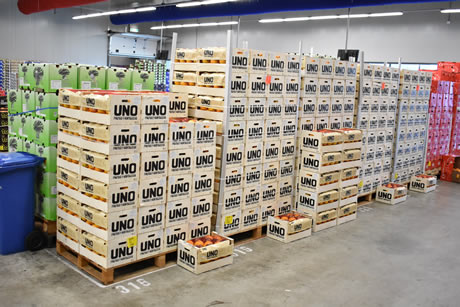 "UNO has since become a household name. Not only with our Dutch clients, but also overseas. This is via the Dutch exporters we supply. We can also create added value for our shippers with this trademark. These are often reputable companies we have worked with for years. They adapt their lines to pack their products under the UNO label. They can then, rightly, expect higher prices too. UNO simply sells better than an ABC brand", says Aartsen's Richard Uijtdewillegen.

Trademark policy
"Trademark policy is an important part of our strategy. For us, this is always linked to the products' country of origin. People always come back to this. Aartsen does not do any re-exporting. As a result, many Dutch exporters are our clients. They know we will never do exports ourselves," says Richard.

"With UNO, they will then not have any competition from Spain or Aartsen either." Richard is responsible for Spanish imports. He works with Jasper van der Sandt and Miguel Peragón. Together, they take a look at the upcoming Spanish season. 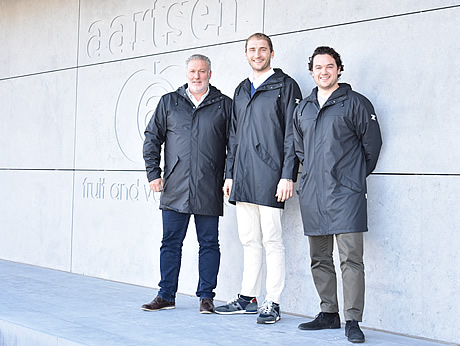 "The citrus season started totally different from last year. Then, there was far too much product. This year, the supply of especially mandarins is lagging tremendously. Suppliers are saying there will be 30-40% less volume than last year," says Richard. "There will be enough oranges, lemons, and grapefruit."

"With mandarins, I, therefore, also do not expect prices to fall anymore. The growers need those high prices too. Demand is getting going nicely. The overseas citrus is mostly off the market. All in all, the prospects look good."

In September, Spain was pummeled by violent storms. This extreme weather seems to have had a limited effect on Aartsen's vegetable supplies. "It is mostly the leafy vegetables that were hit. However, in the early season, these come from Campo Cartagena. And mostly, Granada and Albacete," Richard explains.

"Most of the rain fell in the Murcia cultivation area. There, they had not planted or had just planted. They could, therefore, plant anew. This situation does create a small gap in the supply. But it does not have insurmountable consequences."

"There will be sufficient kakis this year. In recent years, many farmers suddenly switched from citrus to kaki cultivation. The same is now happening in avocado farming. The question now is whether this will also create an oversupply," asks Richard.

The Spanish greenhouse vegetable season has had a difficult start. However, according to this importer, that is nothing strange for this time of year. "The Northern European season lasted very long. That resulted in an unavoidable overlap. Temperatures are now falling in that part of Europe. Dutch supplies will, therefore, decline drastically in November. I think the market will revive quickly then." 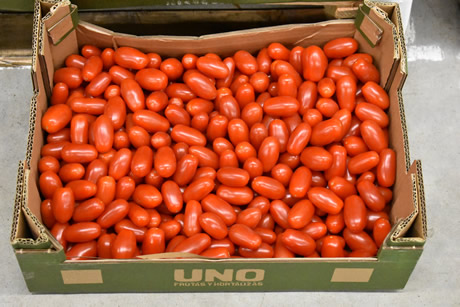 Richard has noticed the rapid professionalism of the Spanish horticultural sector, in general. "You see the same trend that has been happening in the Netherlands for years. The smaller businesses stop, and the larger companies grow and professionalize. The time of farming for the love of farming is over."

Spanish specialties
Miguel Peragón has been a permanent member of Aartsen's Spanish team for some time now. He works beside Richard, who focuses on citrus, fruit, and greenhouse vegetables. The other member of the team is Jasper van der Sandt. He does full soil imports from Murcia.

Miguel will mainly deal with the import of full soil vegetables from the areas surrounding the Spanish city of Cádiz. He will also be responsible for importing Spanish specialties. A visit was recently already paid to the areas near Albacete in Spain. It was to be determined if Aartsten's Spanish import package could be expanded. The company may want to include products such as onions, garlic, and late melons.

"More and more exotics can be cultivated in Spain. This is due to climate change. Avocados and mangos have been grown there for a while now. But, there is also a demand for other products. These include papayas, cherimoyas, walnuts, and quinces," says Miguel.

"We do a lot of trials. We want to see which products would be an interesting addition to our range. These are often not large amounts. However, added up, it is an attractive volume. There is also less competition than if it were a crate of iceberg lettuce or cucumbers." 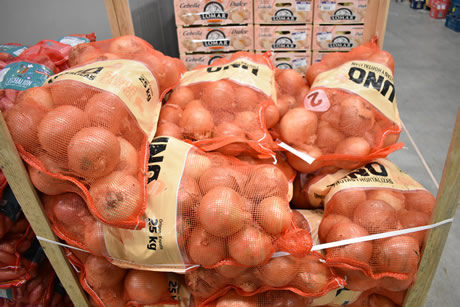 Frezz
Aartsen's Spanish team has one last new announcement. This year, the company will also start offering organic products. "We have put this off for years. But, we see demand from our clients, as well as the supply, increasing. That is why we have developed a new brand - Frezz. We bring organic supplies from different countries together under this label. We started this trademark from the shippers' perspective. If they have special organic products, we would like to market it under the Fezz label," concludes Richard.