While export demand in early 2019 and weather damage has caused a shortage to onion supply in recent months, the peak industry body says it is encouraging that retailers have not looked to import high volumes to Australia.

Onions Australia Deputy Chair, Alan Thierry says while new supply from Queensland has come into the supply chain in the past three or four weeks, there is less volume than in southern states.

"The onion market has continued to maintain extraordinarily high values, especially in the brown onions," Mr Thierry said. "So, it's a bit of a sellers’ market and prices are still high. It's not unusual for this time of year for only the southern Queensland growing region to be in production. Old season supplies from Tasmania normally run through to Christmas, but due to stocks were depleted from the state, due to increased export interest, Tasmania hasn't been able to hold volumes that they usually do this late in the season. So, we are running out of Tasmanian supply now. The South Australia's season has finished, and Tasmania are holding onto small volumes for their own use in November and December, when they will start harvesting for January anyway." 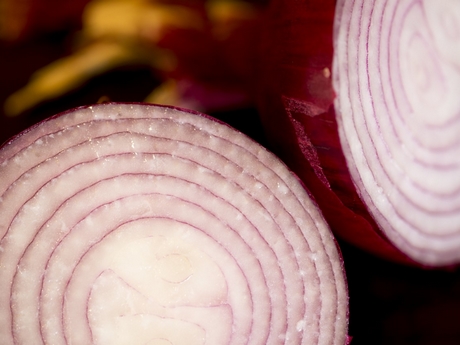 However, Mr Thierry does not believe the increased in export demand will be an ongoing issue in terms of balancing supply, saying another contributing factor to the shortage was extremely hot conditions last summer.

"It happened right at the peak harvest time, when some onions got sunburnt in the paddock," he said. "The onions that growers identified as breaking down in storage, they move them on and move them on rapidly, because they didn't want to hold them, due to the potential loss issue. A lot of that product should have still been sitting in the system now, because it was unreliable, it was pushed out early. That actually held prices down for some time, and we expected values to increase around June or July, but in fact prices didn't shift until September."

It has been a completely different story with the red onions, which has increased production year on year for the past 20 years. It is a mainstream variety that Mr Thierry says has grown in popularity since 1985, taking the place of the white variety, and now accounting for between 20-30 per cent of Australia's total onion production.

"There is a lot of red onions around, and they have held on, because they don't meet the same export interest," he said. "So, there has been enough red onions moving through the system for the whole year. While South Australian guys are running out now, Tasmania has some left, and Queensland has come online. So, there will not be the gap in red that there has been with brown."

Onions Australia says it is promising that Australia’s consumers and retailers have not been seeking imported alternatives, adding that those who do bring in supply from overseas, risk not finding a market for them.

"Over the years there has been some speculators that have gone out there and imported stock from California, because they think they can fill the perceived gap in September-October" Mr Thierry said. "But it doesn't happen very reliably anymore, and thankfully we haven't had very much imported onions coming into Australia for the last 10 years. Coles and Woolworths, to their credit, have steered clear of importing onions, mostly due to pressure from local people. This year, all up, it would only be 20 containers of onions coming in, while 20 years ago, that would have been 120 containers. We have become better at filling the market with our own resources. We just need to encourage the Australian public to continue growing the onion market, we can grow a very good crop - and have highest quality product in the world."