Blueberries from the African bush

One of South Africa’s newest blueberry farms is situated in the Madikwe East Private Conservancy which lies to the east of the Madikwe game reserve, near the Botswana border. 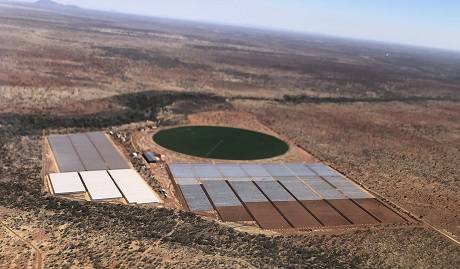 Farming in this area has subtle differences to that of conventional farming, according to Vic van Eck, Madikwe Berry general manager. "There is a double electric fence to protect the project from all game including elephants, and bee hives have been placed along the fence as a further precaution. The area is also known to have the highest population of most venomous snakes in the country!"

Madikwe Berry complies with all the stringent auditing processes governing blueberry exports. There are also very strict controls in the conservancy, including water runoff controls and the protection of the indigenous bushveld from any pesticide or fertiliser excess from the berry production.

"It has been a real challenge attracting good quality staff and management. Staff are required to work seven days a week at times as we all learn the art of blueberry farming," says Van Eck. "We now believe we have a great team to tackle the challenges that lie ahead.
We are just coming to the end of our first harvest, which has been a huge learning curve for all."

Almost all of the fruit is exported into the UK, Europe and the Far East. 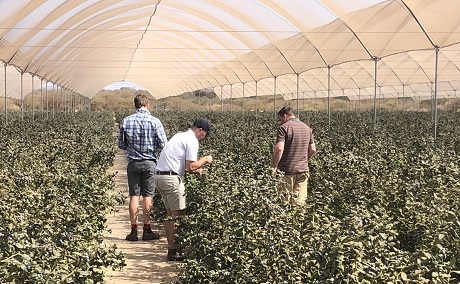 State of the art refrigeration
This area is one of the hottest areas in the country and therefore Madikwe Berry contracted Rhodes Abell of Nelspruit-based Refrigeration Specialists to design and project manage the refrigeration facility and pack house.

Rhodes has studied blueberry pack houses throughout the country. "His knowledge gained in blast chilling and general pack house flow has been extremely valuable, and as a result we now have a world class facility," Van Eck notes.

The cooling protocol for blueberries requires that picked berries arrive at the packhouse as soon as possible. Thirty minutes from picking is their target.

The fruit enters the pack house which is cooled to between 2 and 5°C. Staff inside the pack house wear freezer gear to cope with the cold conditions. The berries then enter one of ten automated blast chillers, which bring down the temp of warm fruit as quickly as possible.

From there the fruit is temporarily stored until being poured over the optical sorting machine, packed and palletised and eventually loaded onto a cold truck for transport to Johannesburg. The cold chain is never broken until it is consumed, he points out.

"We are really proud of this facility, and believe it will enable us to deliver great quality fruit for many years to come," Van Eck concludes.