A Victorian cherry producer is expecting slightly higher volumes and better-quality fruit in the 2019 season, thanks to favourable weather conditions compared to last year.

Koala Cherries, in the state's north, is expecting a similar volume to last year, but CEO Michael Rouget says it could be slightly up due to some frost damage last year on a few blocks, while so far this year there has been none.

"We are usually at risk until the end of October," Mr Rouget said. "But it looks like a nice medium crop across the board, early, mid and late season. That means good fruit to leaf ratio’s producing better quality, higher sugar cherries. We have had regular rain over winter which has filled some dams and others only 70 per cent full. Soil moisture was good coming into spring. There has been little follow up rain since so we have started watering already which is about a month early. Some rain is forecast later in the week. Flowering and pollination period has been dry and almost ideal temperatures so we expect a nice fruit set from a medium number of flowers. 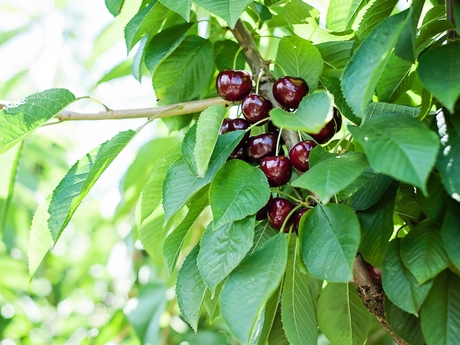 The company is a fourth-generation family business, solely focused on cherries, established 75 years ago farming over 220 hectares of cherries across three regions to give us a harvest spread of November, December and January.

"Our company slogan is 'All about taste' and it really guides and drives our business," Mr Rouget said. "We grow lots of different varieties to suit the different regions. Sequoia and Yosemite at our Cobram farms, and Samba, Bing, Ulster, Kristin, Lapin, Regina, Sweetheart and Sweet Georgia on the mid and late season farms." 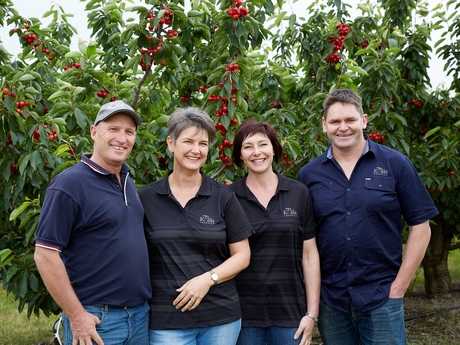 The packing shed is on a separate site in Yarck which is central to all regions, and Mr Rouget says it is a good distribution point to the markets in eastern Australia.

"Melbourne is two hours away, Sydney nine hours, Brisbane 20 hours," he said. "Export, is flights out of Melbourne and reachable within 24 hours from the Asian markets. We supply Singapore, Malaysia, Indonesia, Vietnam, Hong Kong and China mainly." 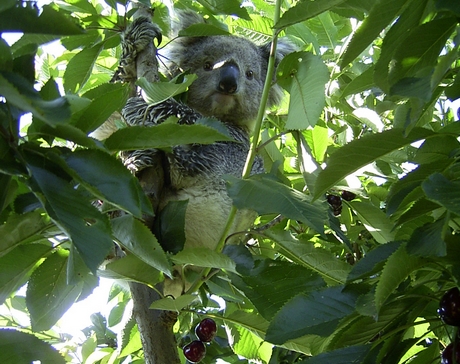 He added that export demand is increasing on the back of new market access to Vietnam and China, while traditional south east Asian markets are also growing. Mr Rouget believes that Australia’s proximity to Asia suits the cherry business, and it is a fast-paced industry for growers, packers, importers and retailers.

"I think it is with the development of modern retailers worldwide and increasing middle class populations that is driving this increase in demand," Mr Rouget said. "Cherries being largely an impulse purchase, means things change daily. A lot of things influence the sales and demand and you need to be able to react and respond quickly at all levels of the supply chain. We are 1 day from being able to supply an order, a huge advantage in this industry. Also, freshness, is a key to successful retailing of cherries. Cherries that are only 2 or 3 days off the tree have a shine and lustre about them that invites the customer to purchase and is promising that this fruit is going to taste amazing. I think this is a huge advantage that is driving increased demand out of Asia." 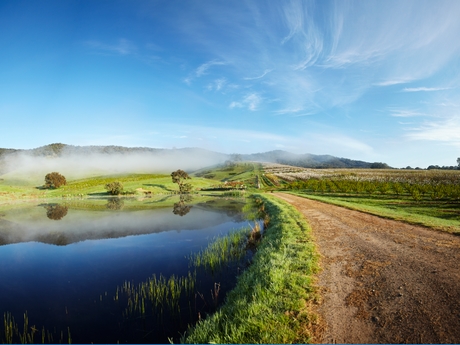 Capitalising on the export growth, Koala Cherries exhibited at Asia Fruit Logistica for the first time this year, after attending the event in Hong Kong for many years.

"It was great to meet with customers and stand behind and promote our brand," Mr Rouget said. "A great central meeting place to connect with all our customers. It was very busy but a great opportunity to learn more about our customers businesses and their particular market requirements."

While the 'Upick' was a new initiative for the company last year, it has been discontinued this year, but some processed cherry products are being sold at the company's shed door.