Developers foresee a particular role for the new cultivar in Asia

South African apple orchards seem to have a propensity for Gala mutations. Cultivar management company TopFruit is now introducing one with striking commercial potential: a cherry red apple, named Bingo Gala. Seven years of trials have confirmed the genetic stability of the apple which in other respects such as taste, yield and harvest period doesn’t differ much from other Gala varieties. 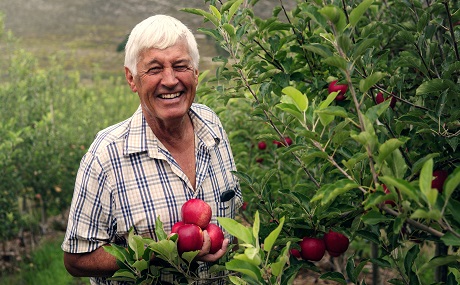 Jannie Wiegman of Zuiderkruis Nursery with the cherry red Bingo apple that he found in his orchards (photo: TopFruit)

The developer of the Bingo Gala apple, Jannie Wiegman of the Zuiderkruis Nursery in the Hemel-en-Aarde Valley in the Western Cape, says that 90% of the harvest is guaranteed to conform to the colour specification of 80% to full colour with the distinct advantage that an orchard can be picked clean in a single session, meaning a saving in labour costs.

In fact, so significant is the saving resulting from a Bingo Gala orchard’s more compact harvesting period, that Jannie Wiegman reckons a producer could plant three times more.

The cultivar is touted as a potential top seller in Asia, because of its colour. “The money is in the colour, it’s the beginning and the end,” he says. 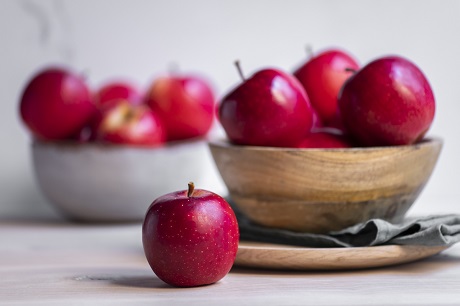 “It could really open the Asian market to South African Gala apples if it’s planted widely enough. Over the past forty years our Galas were mostly destined for the UK and Western Europe where consumers are used to Galas with less colour. In the East, New Zealand and Chile have enjoyed an advantage over us on that score. We’re still exporting the usual Galas to the East where our fruit sells for less than those from New Zealand and Chile. Bingo Gala therefore opens up opportunities for us to be more competitive.”

TopFruit, the agent for Bingo Gala, confirmed that plant breeder’s rights have been granted and approved for listing in the National Varietal List. Plant material can be ordered from TopFruit.

There is no marketing levy attached to Bingo Gala, a decision based on Wiegman’s dual perspectives as nurseryman and farmer.